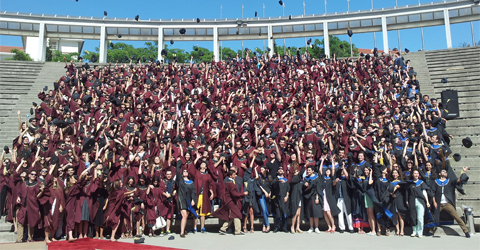 Sabancı University held a commencement ceremony for its 14th undergraduate and 11th graduate classes on Sunday, June 23rd, where 499 bachelor’s degrees, 146 master’s degrees and 11 doctorate degrees were awarded.  Among Sabancı University graduates this year were international students from 22 countries. 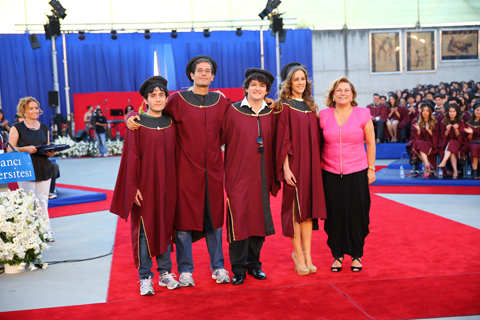 The 14th undergraduate and 11th graduate classes of Sabancı University received their diplomas with a commencement ceremony held on Sunday, June 23rd.  The ceremony was held on campus in Tuzla with more than five thousand guests.  The top-ranking students of the three faculties received their awards during the ceremony.  Valedictorians were Onur Albert Aslan and Rebi Daldal in the Faculty of Engineering and Natural Sciences, Mustafa Emre Tekin in the Faculty of Arts and Social Sciences, and Verda Simge Güzeliş in the School of Management. 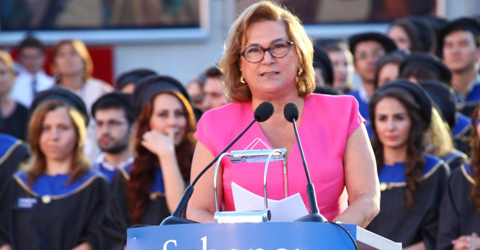 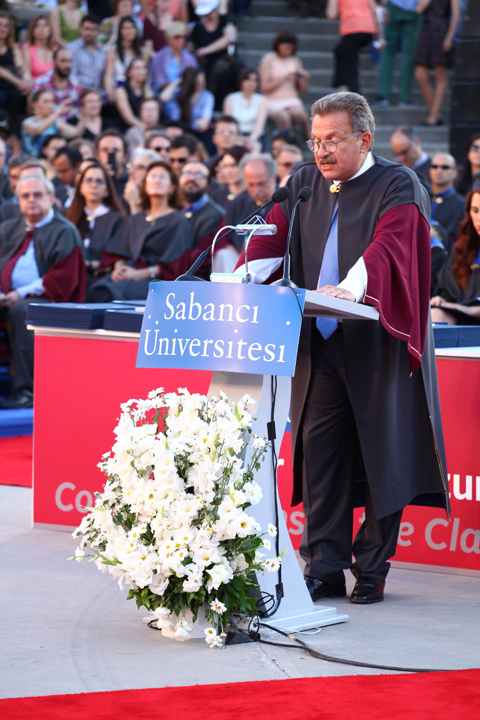 President Nihat Berker on the education system of the university
Sabancı University President Professor Nihat Berker said, “The fact that our students make informed and deliberate choices about their diploma programs at the end of the second year, are thoroughly involved in original research projects –in all three of our faculties, students play a large part in many original research projects– as well as social responsibility efforts, where the participation in civic involvement projects is double our total number of students, and a highly internationalized environment where incoming and outgoing exchange student numbers are the highest in Turkey create individuals that are at peace with the future, strong, capable, happy, and radiate happiness.”

The hat-toss was followed by a dance show and live music by Ayhan Sicimoğlu.  Sabancı University Board of Trustees Chair Güler Sabancı joined the dance to share the excitement of graduation with the students.