Gender equality has been a priority for Sabancı University in all academic and administrative processes since established, and the university considers this issue to be of vital importance for Turkey.

Sabancı University was the first in Turkey to adopt a Sexual Harassment Policy Statement, and the activities of the Gender Club, the Civic Involvement Projects implemented in the subject of gender, the Non-Discrimination Statement, the Purple Certificate Program, and the efforts of the Education Reform Initiative show the sensitivity of Sabancı University when it comes to gender and women's rights. 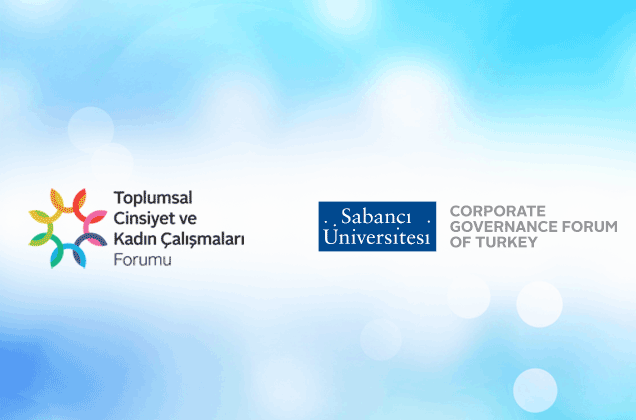 Sabancı University offers 7 courses that focus directly on the issue of gender: Gender Myths: Cultural Theories on Women and Men; Gender in War and Peace; Gender and Sexuality in Turkey; Family, Children and Gender: Fundamental Approaches to European History; Gender Issues in the Ottoman and Modern Turkish States; Gender and Nationalism; and Gender and Sexuality in the Middle East. There are 36 additional courses that bring gender into the mainstream curriculum. The Corporate Governance Forum undertakes initiatives to ensure the representation of women on company boards and to encourage businesses to implement policies against domestic violence.

Gender and Women's Studies unite under the umbrella of the Forum

Sabancı University merged all initiatives in gender, women's rights and women's studies made since the establishment of the University under the umbrella of the “Gender and Women's Studies Forum.”

The purpose of the Gender and Women's Studies Forum is to gather all the Sabancı University members who are interested in gender and women’s studies in a common platform, encourage and support academic studies, develop curricula on the issue, implement policies and institutional mechanisms against discrimination based on gender and sexual preference, and cooperate with academic and non-academic institutions.

The Gender and Women's Studies Forum reaches out to wide audience from academia to businesses, educators and correctional officers with trainings and projects to create awareness.  The Forum's goals include:


•    Gathering all activities, projects and studies on gender and women conducted in Sabancı University to make them more visible, encourage interaction that leads to greater influence and outreach, start and support academic studies, all of which will serve to make Sabancı University prominent in national and international platforms with regard to gender studies.

•    Providing encouragement and academic support to undergraduate, graduate and PhD dissertations of Sabancı University students on gender and women's studies; cooperating with student clubs active on the subject; consulting with all faculty working on the subject for developing and recommending courses and preparing minor or PhD programs; contributing to the capacity of the University to fulfill its education purpose and the improvement of education quality; enhancing cooperation in gender and women's studies among Sabancı University faculty, employees and students; facilitating experience sharing; and helping to develop an awareness of themselves, their lives and their surroundings.

•    Spearheading the development of gender equality sensitivities in the University and the society; improving the socio-economical status of women in the society and cooperating with various institutions to promote gender equality in public institutions; undertaking scientific research; championing anti-gender discrimination policies inside and outside the campus and leading other institutions in this matter, thereby serving the Sabancı University purpose of "involvement with the society."

•    Organizing national and international joint efforts and initiatives within Sabancı University and among other universities in partnership with women's centers of universiries as well as public institutions and nongovernmental organizations working on women's studies to hold conferences, seminars, symposia, certification trainings and empowerment sessions to promote gender sensitivity in the society and inform wider audiences of women's issues; issuing education materials; publishing bulletins, journals and books on gender and women's studies; keeping track of worldwide efforts on women's issues to promote these within Turkey; and collaborating with national and international organizations to build communication and collaboration networks on gender and women's studies.

The roots of the Forum were established long before the Forum became an entity. The most noteworthy part of the Forum's history is the Purple Certificate Program that dates back a decade. The Purple Certificate Program is being implemented by the Sabancı University Gender and Women's Studies Center of Excellence with the support of the Sabancı Foundation as part of the UN Joint Program to Promote and Protect Human Rights of Women and Girls ("UNJP") since 2007 to educate teachers in gender equality.  The activities reached out to nearly 3000 teachers nationwide, and 345 teachers completed a one-week gender equality training. 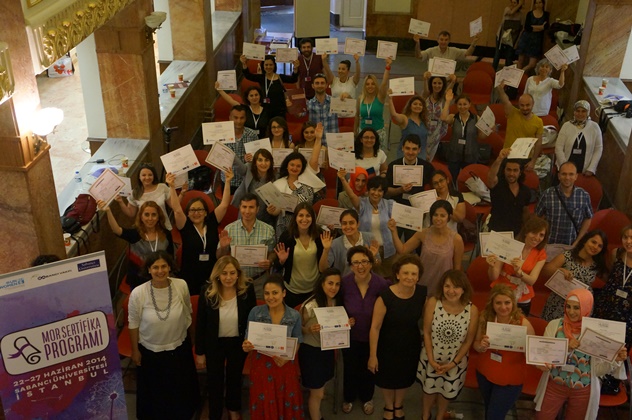 This year, the Purple Certificate Program will expand its scope to include students of teaching faculties in Istanbul universities. The Sabancı University Gender and Women's Studies Forum and Istanbul Bilgi University Sociology and Teaching Studies Center (SEÇBİR) start a Certificate Program to promote gender equality. Supported by the Sabancı Foundation, the program will be delivered by academics and experts on a variety of subjects including sociology, psychology, law, social policy, literature and media.