XRD, an X-ray detector designed at Sabancı University, was deployed into orbit from the International Space Station

XRD, an X-ray detector designed by a team led by Sabancı University Faculty of Engineering and Natural Sciences Associate Professor Emrah Kalemci, was deployed into low-Earth orbit at 15.15 Turkish time on May 26, 2017. 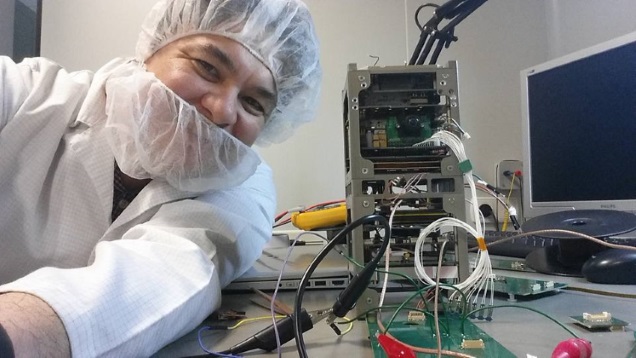 Designed and developed by a team led by Sabancı University Faculty of Engineering and Natural Sciences Associate Professor Emrah Kalemci at the High-Energy Astrophysics Detector Laboratory, XRD was deployed into low-Earth orbit from the International Space Station on BeEagleSat, a cube satellite developed by Professor Alim Rüstem Aslan from the ITU Faculty of Aerospace Sciences, at 15.15 Turkish time on May 26, 2017.

XRD WILL TRANSMIT DATA TO EARTH 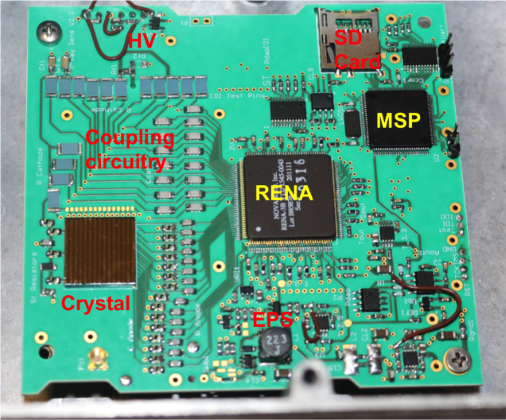 XRD is an X-ray detector placed on an electronic circuit 10 x 10 cm in size, and will be used to measure high-energy X-ray backgrounds at various orbital heights. The system will operate for 30 minutes every other day and transmit captured data to Earth.

BeEagleSat is a cube satellite that is 10 x 10 x 20 cm in size and hosts XRD.  The device was developed as part of the European Union 7th Framework Program. The project extends to 36 cube satellites that will perform a variety of scientific measurements in low thermosphere.

The cube satellite project was conducted by undergraduate and graduate students under the leadership of implementer Professor Rüstem Aslan from Istanbul Technical University. The main partner of the school was Turkish Air Force Academy/HUTEN, and supporting partners were Sabancı University, Havelsan A.Ş., Gümüsh and Ertek.

The BeEagleSat project commenced in 2012 and was completed in 2016. It was delivered to a center in the Netherlands along with HAVELSAT, made at ITU USTTL, and other QB50 satellites. On April 18, 2017, the device was successfully launched on the ATLAS 5 rocket carrying the Orbital ATK Cygnus cargo vessel, and reached the ISS. Finally, the cube satellite was deployed into low-Earth orbit at 408 km on May 26, 2017 at 15.15 Turkish time by a cube satellite deployer made by NanoRacks. BeEagleSat powered up 5 hours after deployment and successfully transmitted its first signal. Once preparation tests are complete, the satellite will start transmitting data to the ground station located at ITU.