The Rammal Medal recognizes a scientist, group of scientist or an institution for outstanding contributions to science in the Mediterranean region, and its 2017 recipient Professor Zehra Sayers, President of Sabancı University, was also the Chair of the Scientific Advisory Committee of SESAME between 2002 and 2018. 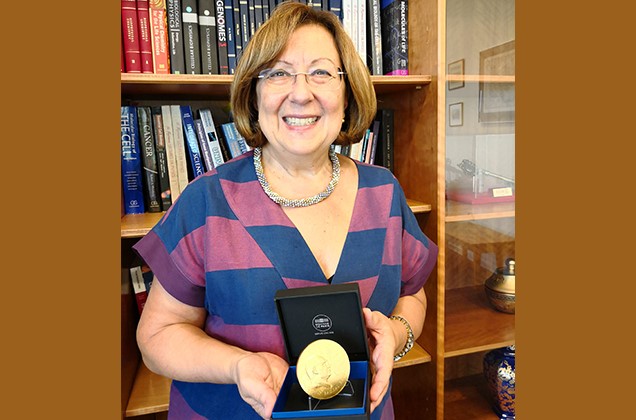 The 2017 and 2018 Rammal Medals were presented at ESOF2018, the EuroScience Open Forum, that took place in Toulouse, France between July 9 and 14, 2018 with more than 4000 participants. The ESOF European Young Scientists Awards were also presented at the congress. ESOF is a biannual conference held by EuroScience, and is the largest interdisciplinary event in Europe.

At the ceremony, ESOF and Rammal Medal Jury Chair Prof. Lauritz Holm-Nielsen emphasized Prof. Sayers’ pioneering work in EMBL (European Molecular Biology Lab) Hamburg, her contributions to the foundation of Sabancı University, and her groundbreaking work in establishing the field of structural biology in Turkey.

Professor Holm-Nielsen stated: “The Jury wanted to honour now the woman who apart from her own outstanding scientific work has done more than anyone else to bring the project to the next stage: from collaboration at the political level and at the construction of the facility to getting the science going by ensuring high quality exciting projects of young and experienced scientists from the region.  She has done so as Chair of the Scientific Advisory Committee of SESAME."

Speaking at the event, Professor Sayers said that she was proud to have received this medal, and noted the jury's commitment over the years to recognize woman scientists when presenting this medal. Saying that advances in science were built equally on creativity and hard work as well as quality, integrity and sharing, Prof. Sayers explained that her work in various fields ultimately hoped to lay another brick on the road to progress, and play a part in building a scientific world. 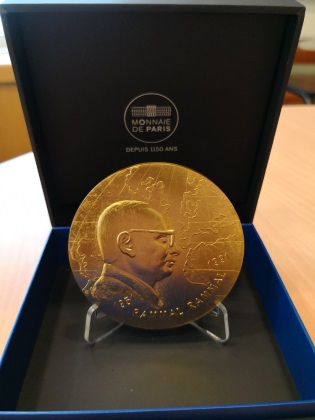 Prof. Sayers concluded that, at a time of worrying developments in the world and the near region, her colleagues who received the Rammal Medal and the concurrent European Young Scientists Awards were a source of great motivation for her.

About the Rammal Medal

The Rammal Award is named after a Lebanese researcher, Rammal Rammal (1951-1991), whose career was international and who devoted his life, not only to advancing science, but also to fostering good human relations through the pursuit and exchange of knowledge, especially in the Mediterranean region. Thus the Jury is also very attentive to the ethical and moral dimensions of scientific work, and attaches much importance to the part science can play in relieving social and political tensions in or between countries of the Mediterranean area. The Rammal Award recognizes a scientist, group of scientist or an institution not only for outstanding contributions to science, but also for positive actions in a broader social or educational context and especially in the promotion of collaboration and understanding in the Mediterranean region and neighbouring countries.

Scientific cooperation for peace in the Middle East

The founding members of SESAME (Synchrotron light for Experimental Science and Applications in the Middle East) are Cyprus, Jordan, Egypt, Iran, Pakistan, Turkey, Israel, and Palestine. The SESAME project has been established to provide new cultural and scientific links between member countries and thereby to encourage peaceful collaboration between them.

SESAME (Synchrotron-light for Experimental Science and Applications in the Middle East) is a “third-generation” synchrotron light source that was officially opened in Allan (Jordan) on 16 May 2017. It is the Middle East's first major international research center. SESAME aims to provide opportunities to researchers from all Middle Eastern countries to leave their differences aside and speak the universal "scientific language" to know each other better. Supported by the international scientific community, the Sesame Project hopes to change the fate of the Middle East via science, and provide a different future for young people in the region who are involved in science.  As stated by Professor Zehra Sayers, the project also aims to prevent or reverse the brain drain of young scientists from the region.