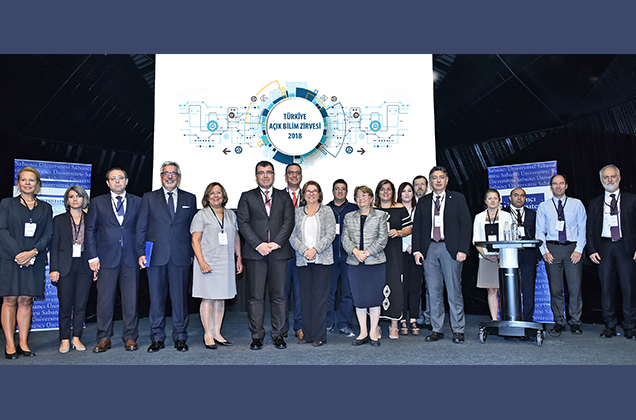 "Open Science Summit 2018" was held on Monday, September 10 at Sabancı University Sakıp Sabancı Museum the Seed to make an extensive review of the latest developments in open science and open innovation, discuss the implications of these developments on open access policies in Turkey and funding or support practices, and to help develop strategies regarding these issues. 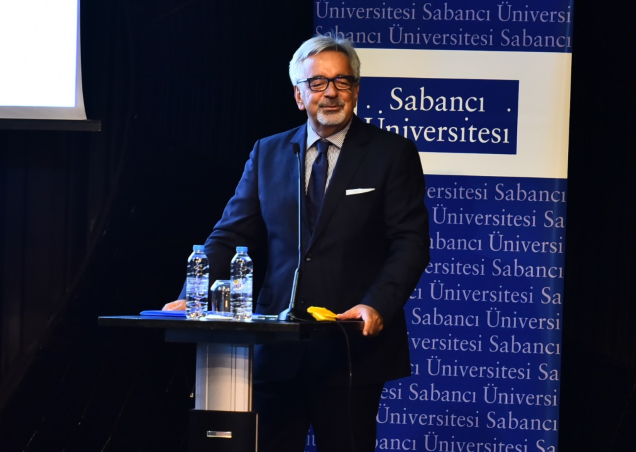 Sabancı Holding CEO Mehmet GÖÇMEN approached the subject of open innovation from an industry perspective, and said: "The world is changing rapidly and multiple processes, some contradictory, some complementary, occur at the same time. Technological advances, access to data, and data-oriented business models threaten the conventional business models of the world. We live in an age when everyone can compete against anyone, cement companies sell insurance, and existing business models in sectors including automotive, banking, health and energy are being questioned and re-defined.

Meanwhile, we are talking about open innovation and the ecosystem. We must advance to the point of creating common new platforms and fields, and consolidating the national economy around these. How should we build the new ecosystem, what should the duties and responsibilities of stakeholders be, and how should we go about building a cloud Turkey? In this context, I believe the efforts to anchor ourselves to the EU are highly prudent and should be supported. I find it important that a shared structure and an academic world where data access is quicker and data use more appropriate are built, that data is used in business as well, and that companies enable sharing on data-based business models." 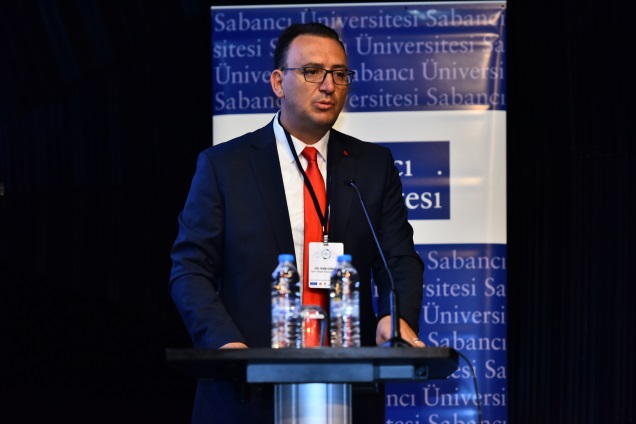 Izmir Institute of Technology Libraries and Documentation Division Director Gültekin GÜRDAL opened the summit with a presentation titled "Open Science for a Better Future." Discussing publication and citation numbers around the world, Gürdal said that open access was a key issue in increasing the publication visibility of Turkey. Gürdal emphasized the importance of open access for science, economy and the society, and shared best practices from the world, particularly the Netherlands and Germany. 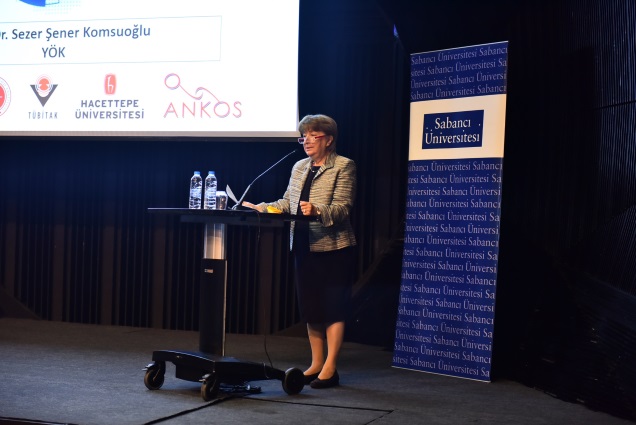 Advisor to the CHE Chair Sezer Şener KOMSUOĞLU said that Turkey was second only to Russia in Europe in terms of student numbers. Noting that the figures promised hope and brought great responsibility, Komsuoğlu said that they acted with consideration for industry 4.0, sustainable development, digital transformation and regional development when devising higher education policies for the better education of young generations. Commenting on the importance of Open Science, Komsuoğlu said that the targeted efforts of the CHE to be announced in 2018 and 2019 would include Open Access and Open Science. 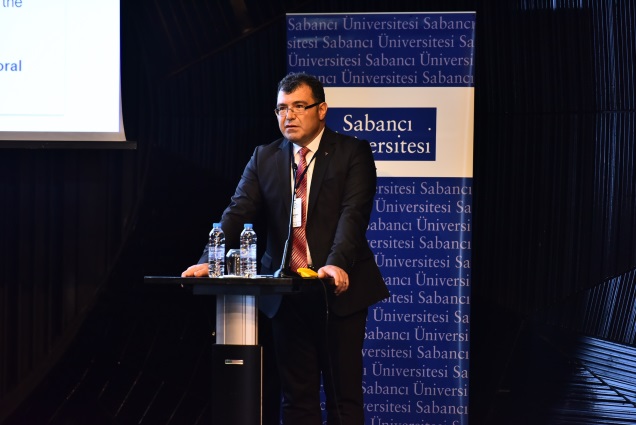 Saying that the need for open access and open science would not be restricted to academia and find its place in business as well, TÜBİTAK President Professor Hasan MANDAL continued, “Recently, TÜBİTAK initiated new processes for technology development and product development for products of high technology. The models devised by the new government system place particular emphasis on this. Turkey now has its own programs to develop domestic and local products. We call these high-technology platforms. And this is a meeting where we discuss open science to contribute to open innovation, and open access to contribute to open science."

The summit continued with three sessions on “Open Science Policies, Infrastructure and Their Effect on Innovation in Europe", “The Place of Open Access and Open Data in Open Science” and “The Future of Research” to explore new ways for mass access to information and data, and increasing the scientific and technological cooperation among the public sector, universities and the industry. 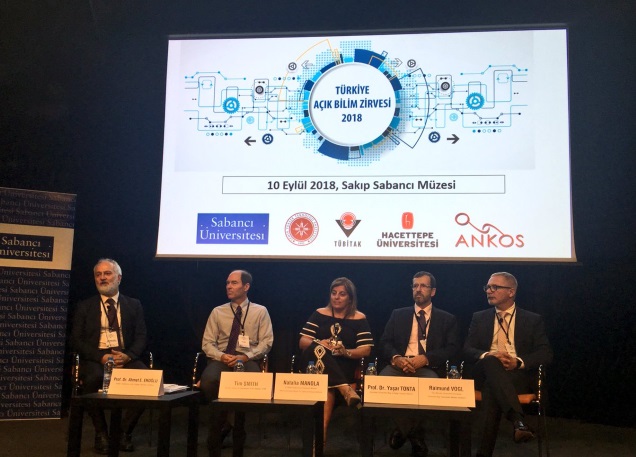 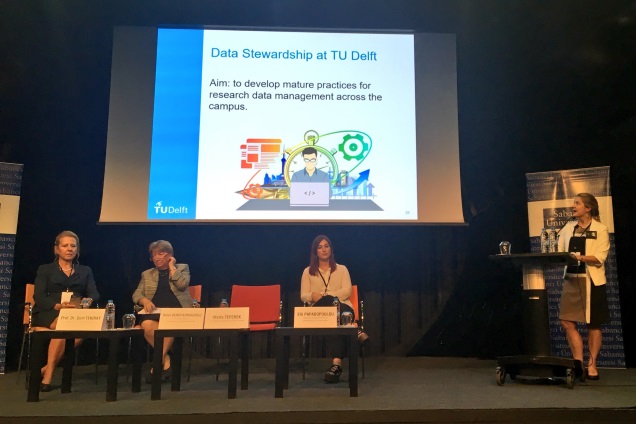 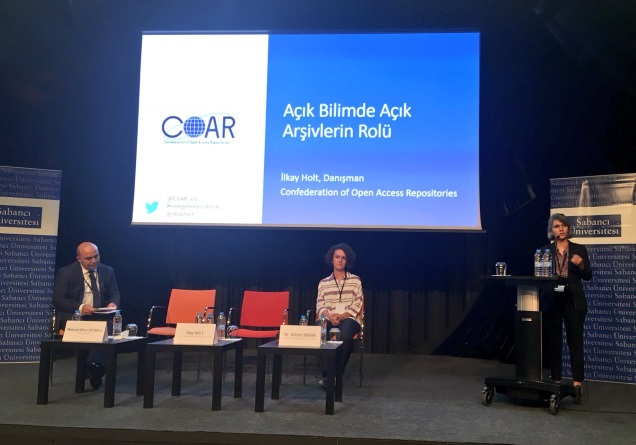 The third session, "The Place of Open Access and Open Data in Open Science", was moderated by TÜBİTAK ULAKBİM member Mehmet Mirat SATOĞLU and presenters were Confederation of Open Access Repositories (COAR) Advisor İlkay HOLT on “The Role of Open Archives in Open Science", Hacettepe University Information and Document Management Department Associate Professor Zehra TAŞKIN and Dr. Güleda DOĞAN on "The Management of Research Data and the Current Situation in Turkey”. 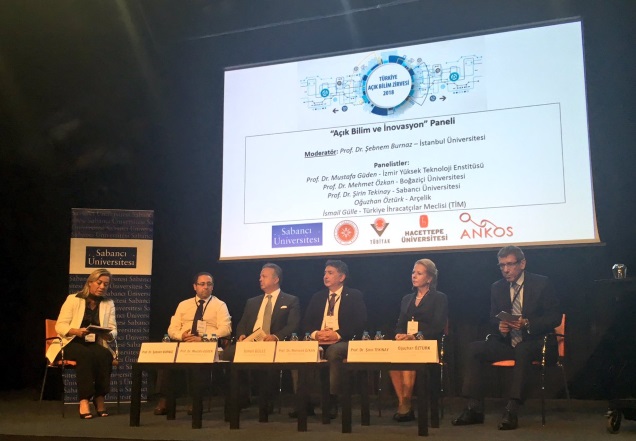