Climate of Another Universe

"CLIMATE OF ANOTHER UNIVERSE"

"We are trapped in a fault-line between incompatible worlds,
worlds that mutually repel and deform one another"[1] 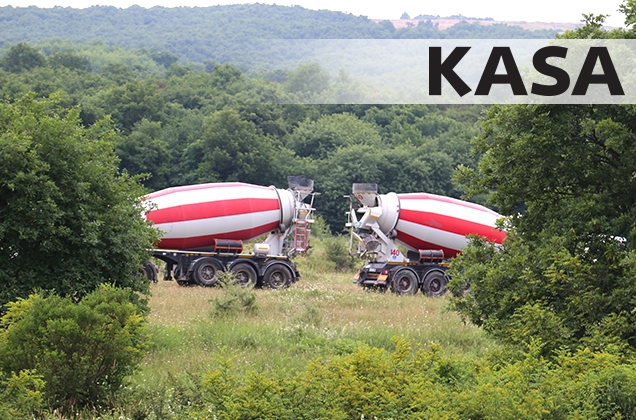 Cengiz Tekin and Sedat Akdoğan’s joint work “Climate of Another Universe” speak of the agony of impending humanitarian, cultural, political, moral and political destruction that will wreak havoc on our world with humble poetic license and naive irony. According to the artists, deep rifts caused by humans, culture and history interrupt the flow between different worlds and create a bottomless foundation for the world. Consisting of four videos depicting the destructive power of humankind in a symbolic fashion, “Climate of Another Universe” is an interpretation that explores ontological, mental and physical boundaries while melding and blending different worlds, areas and systems.

The videos in the exhibition adopts a narrative that negates with a poetic prophecy built on ironic language, while embracing the implicit critique of political realities or institutional apparatuses without resorting to slogans. The first landscape of clashes between different universes to greet the viewer are the videos “Future View”, “Full Speed”, “Respect for the Unknown” and “Home”. In "Climate of Another Universe", Cengiz Tekin and Sedat Akdoğan walk through the fault-lines of different worlds in an age when the relations between human and nature, self and other, individual and society are going through irreversible change; they observe with a keen eye and interpret what they see. The artists do not simply refer to their impressions or interpret them in subjective fictitiousness; they live them in all their different climates and endless spaces.

Cengiz Tekin (1977, Diyarbakır)  received BA degree in Painting from the Faculty of Fine Arts, Çukurova University (1999). In his photography and video work, the artist deals with elements such as tradition, family, faith, which are often rooted in social life. His art particularly points to the the issues borne by the government agenda in the geography which he lives. Yet rather than using a documentary tone, the artist presents an ironic approach where he interrupts the flow of everyday doings and renders them precarious. He often presents uneasy scenes that invite the viewer to view from another angle. Taking his personal life as the starting point, Cengiz Tekin’s work extends to his local geography and then to the wider social sphere. He draws attention to the refugee crisis which now the whole World had become a witness to. His works have been exhibited in many countries including Italy, Greece, Chile, America, Germany, England, Ireland, Switzerland, Brazil and has been included in several international biennials. The artist is also one of the founders of ‘Loading Art Space’ in Diyarbakır, Turkey. He lives and works in Diyarbakır. His solo exhibitions are "The Wall on The Sky", Atelier Marvy (Izmir, 2018), "Just Before Paradise", Pilot Gallery (Istanbul, 2016), "Inner Issues", Pilot Gallery (Istanbul, 2013) and "Original Message" with Şener Özmen, Outlet Gallery (Istanbul, 2009). His work has been exhibited in the 2.Mediterranean Biennale (Israel, 2013), 7. Santiago Video and New Media Biennial (Chile, 2005), “Free Kick” , Hospitality Zone, 9. Istanbul Biennial (2005) and “Love It or Leave

Sedat Akdoğan (1987, Diyarbakır) graduated from the Painting division of the Diyarbakır School of Fine Arts in 2005 and started studying Arts and Crafts Teaching at Marmara University in the same year. By his graduation in 2009, he was primarily involved in photography and video art. Akdoğan brings together various disciplines made possible by digital technology (photography, video, graphics) and although his work does not have an overarching theme or concept, the "resistance against imposed identities and cultures" is a recurring motif. His work is mostly centered on nature and humans. Akdoğan has taken part in exhibitions and events including “It Was There” Daire Art Gallery (Istanbul, 2019) “Tactical Position” Cern Modern (Ankara, 2017) “Recess” Atelier Marvy (Izmir, 2017), “Critical Thought” Hisar Schools Culture Center (Istanbul, 2017) “Don't Let Me Break Your Heart” Açık Stüdyo (Istanbul, 2015), “Nature's Object of Desire” Art Suites Gallery (Istanbul, 2012), “Amok Runner” 3rd Çanakkale Biennial Parallel Events video selection (Çanakkale, 2012), and the 70th State Art and Sculpture Competition, Cern Modern (Ankara, 2010).