With the second version of the series, Recipher II introduces new works created within the course of Sabancı University VA345 Creative Coding class in 2019. VA345 Creative Coding, which has been taught in Visual Arts and Visual Communication Design Program since 2018, aims to use coding as a tool in artistic creativity by treating coding as a conceptual constituent. 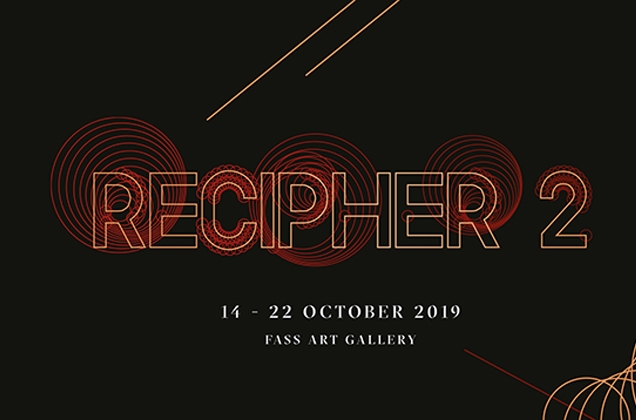 As in the first series, the Recipher II exhibition aims to rebuild the bridges that have been forgotten between the present and the past, reaching deep into the vast realms of art. In the second series exhibited presently, the Russian Avant-garde period, known for its proximity to the Futurism Art Movement (which was the theme of the previous exhibition) is closely elaborated. At the beginning of the 20th century, in the light of global political turmoil and rapid industrial developments, The Russian Avant guard gave birth to a series of controversial art movements such as Constructivism, Suprematism and Cubo-futurism in which the artists produced influential interdisciplinary artworks in painting, sculpture, cinema, graphic design, architecture. Among the most important artists of the period are Alexandra Exter, Natalia Goncharova, El Lissitzky, Kazimir Malevich, Vladimir Mayakovsky, Lyubov Popova, Alexandr Rodchenko, Olga Rozanova, Dziga Vertov, Vladimir Tatlin, Wassily Kandinsky and David Burliuk.

Within the scope of the exhibition, the contributing artists made investigative interpretations on the works of the Russian Avant-garde from different angles and perspectives with utilizing the computer codes that they have authentically produced. Occasionally, it is observed that the contents processed in both Suprematism and Constructivism are derived from an abstract consideration of color and form as building blocks of art. This attitude is evident at every opportunity in today's generative arts. From this point of view, Recipher II underlines that today's computer art does not emerge from anything, and moreover sheds light on the historical process of generative algorithmic art.