Faculty of Arts and Social Sciences Visual Arts and Visual Communication Design Program faculty member Selçuk Artut opened his first solo exhibition, “Habituation” in Berlin.  The exhibition will be available for viewing between January 18 and April 12, 2019 at the Zilberman Gallery, Berlin. 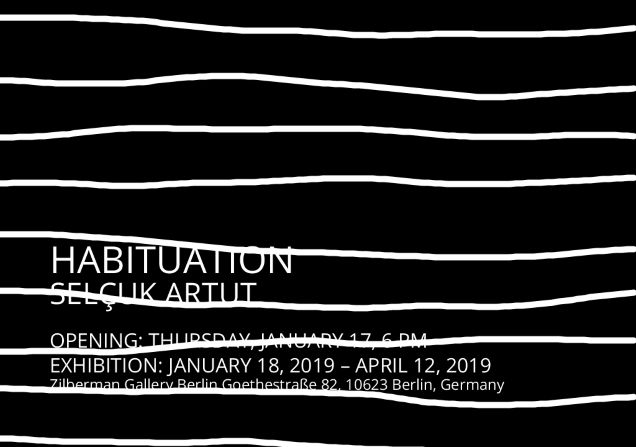 Selçuk Artut’s oeuvre deals with ontological questions through the use of sound art, interactive technologies and artiﬁ cial intelligence. The artist’s interest lies in the minor differences that would claim changes, swells of time, in which Artut works with codes and computational algorithms. Artist’s sleek metal sheet sculptures hide a world with wires, which needs a quick glance to what is hidden, supporting his questions on perceptive reality. 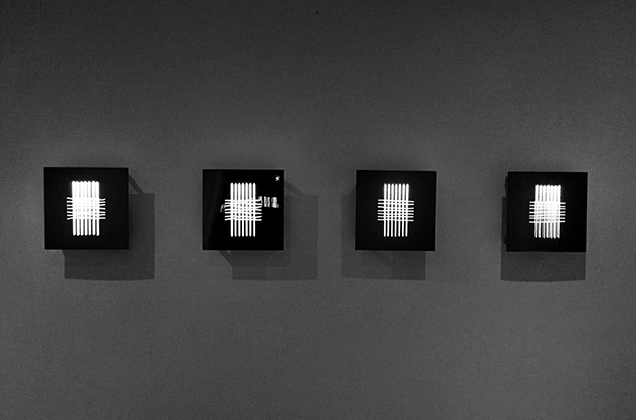 Inspired by Barry Truax’s book Acoustic Communication, the software installations and sculptures of the exhibition explore the notion of habituation—the ceasing response to a stimulus as a result of adaptations of brain to sound. In some pieces, Artut uses random algorithms to disturb a possible habituation. In Habituation of Dishabituation (2019) Artut deals with the fact that constant disruption of a certain sound or image (dehabituation) might also lead to habituation. Similarly, what is perceived as repetition that causes habituation in the ﬁ rst glance, includes various shifts and differences. Playing with such ideas, the piece Isomorphism (2019), consisting of sound bars, brings us into a soundscape, a new layer of architecture in the belle-epoque space of the gallery.

The exhibition is accompanied by a catalogue with an introduction by Lotte Laub, and essays by Selçuk Artut and Siegfried Zielinski.