ZERO. COUNTDOWN TO THE FUTURE

Today with the future being re-written all over again, Sabancı University Sakıp Sabancı Museum (SSM) is launching online the exhibition ZERO. Countdown To The Future. The exhibition had originally been realized September 2 of 2015- January 10 of 2016, in joint effort with Akbank Sanat, attracting a wide attention at its time. 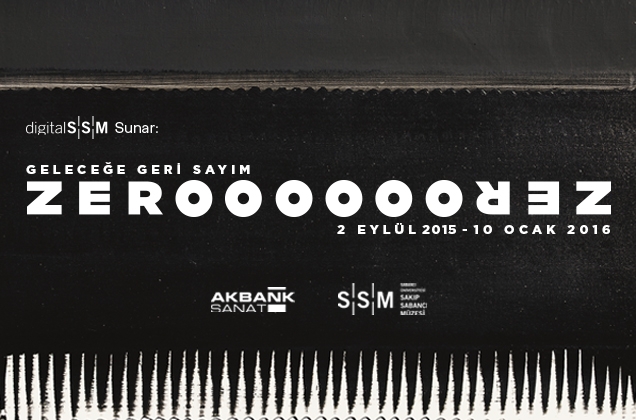 Born in the aftermath of World War II, ZERO received its name from the countdown until the launch of a rocket, and soon became one of the major avant-garde movements of the mid-20th century. Drawing upon digitalSSM’s sources, the online version of the exhibition provides the viewers with a thematic framework and presents ZERO artworks through an arrangement based on the elements of fire, color, vibration and light-shadow-sky.

SSM Director Dr. Nazan Ölçer observed on this occasion that “the ZERO movement was born after the World War II, thanks to the efforts of a handful young artists with the aim of bringing hope into the world, and offering the world a bright future. This is exactly what we need today, in the times we are passing through: namely hope and freedom from anxiety... Throughout history, art always proved to be an important means in coping with issues like war and epidemics, all problems affecting the world on a global scale. During such times a great many artworks were created to express the suffering of humankind, to express the wish that similar experience may never repeat itself again. The yearning for going back to point zero, and start afresh, will be with us also in the future, as it was in the past. Doubtlessly the impact of the COVID-19 epidemics, bringing the whole world to a standstill, will be observed in many areas in the future. The ZERO movement made it possible for art to keep abreast with all the bewildering developments of the time, like the emergence of brand-new technologies, like the space-race at its full speed, and like reaching the moon or even the stars, which is no longer a mere dream. The ZERO artists laid the ground for all the new technologies to be found on the contemporary art’s agenda.  Way back in 2015 when we prepared the exhibition and made an evaluation of the ZERO movement’s short-lived life of 10 years, we could not but admire the zest of the ZERO artists, their hope, their optimism and their enthusiasm. And today we humbly bow down before the artists who at the heels of World War II strived to propagate the idea of abolishing borders in both art and geography, and we remember them in joyous gratitude”. 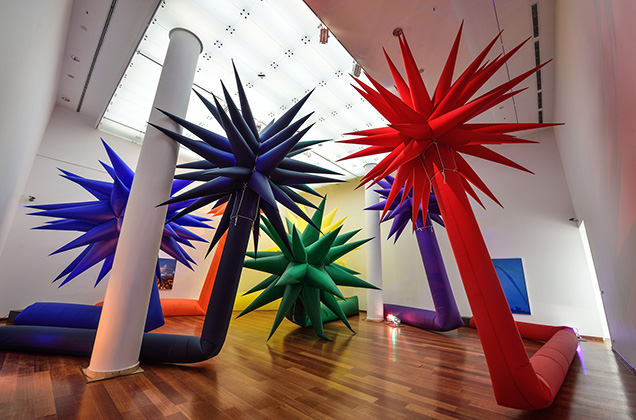 ZERO movement took its start in Germany, where World War II had left the deepest scars, while plunging the whole of Europe into misery. German artists Otto Piene and Heinz Mack came forward with the proposal of “abandoning pessimism and starting from zero.”  Another German artist Günther Uecker joined them. So together with names like Yves Klein, Lucio Fontana and Piero Manzoni, who were forerunners of the movement, many artists from all over Europe, and even from faraway places like Japan could find a corner for themselves around the ZERO-idea. When founder Heinz Mack announced the end of ZERO at the last exhibition in 1967, the ZERO concept had long since stamped its mark on a period of 20th century contemporary art, despite its lifespan of just 10 years. 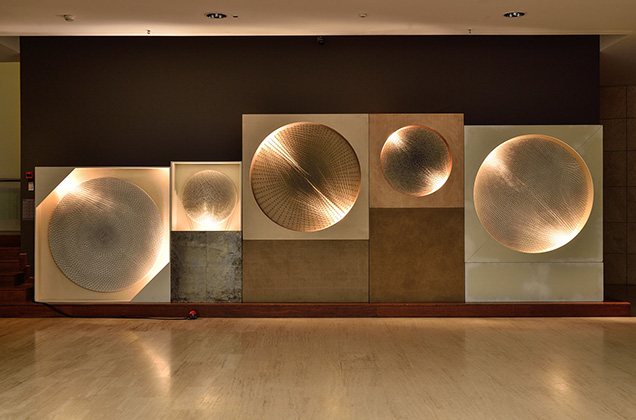 In our online-exhibition ZER0. Countdown To The Future we display artworks by Heinz Mack, Otto Piene, Günther Uecker as well as artwork in different techniques by notable artists Yves Klein, Piero Manzoni and Lucio Fontana, pioneers of the movement. Excerpts from the exhibition catalog, with a focus on the avant-garde position of  the ZERO movement in the art and political history of the 20thcentury, are also offered online.

Art historian and curator Norman Rosenthal contributed to the catalog with his article on ZERO’s history, and also texts written by artists Otto Piene, Heinz Mack, Günther Uecker, Yves Klein, Piero Manzoni were translated into Turkish for the first time to be published in this catalog. There you can find also the interviews conducted by Hans Ulrich Obrist with the founders of the ZERO movement: Mack, Piene and Uecker, translated into Turkish for the exhibition purposes.

The online exhibition includes children’s art exercises, as well. Inspired by the experiments with light, as conducted by the artists themselves and the materials used by them, these exercises are meant to introduce the kids to the ZERO movement. 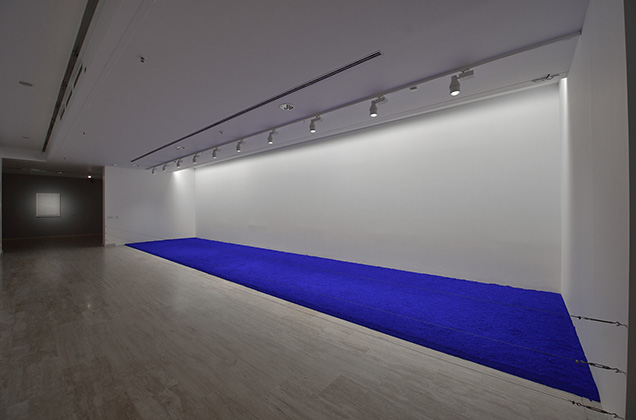 Also a special pamphlet, the Dynamo gazette, prepared in reference to the magazine published by the artists between 1958-1961, and distributed during the exhibition, is now offered online. The gazette was edited by Cem Erciyes, with contributions of Beral Madra, Necmi Sönmez, Elif Key, Ayşegül Sönmez and Fisun Yalçınkaya. In the gazette you can also find an interview made by Cem Erciyes with the writer Ferit Edgü, who at the time of the first ZERO exhibitions had personally been in Europe. Last but not least, the story of our own exhibition, as narrated by Dr.Nazan Ölçer, is also in the gazette.

The gazette can be viewed  via the online exhibition, and it also can be downloaded for free via Turkcell Dergilik application.

You can reach the online version of the exhibition ZERO. Countdown To The Future via  Sakıp Sabancı Museum web-site.