“Being A Sabancı Graduate: Trying To Do What Has Not Been Done”

Wizsight, founded by our graduate Özge Akçizmeci Üstün, was acquired by YouGov, a UK-based online market research and data analytics company, last month. Akçizmeci Ustun, Akçizmeci Üstün notes that she designed every step carefully in the founding process of her company, and being a Sabancı graduate helped her a lot in terms of trying to do what has not been done before, synthesizing many sectors, and creating a business network, and says, “now we are backed by a giant company with offices in 40 countries, 3300 customers, and big goals in Turkey”. 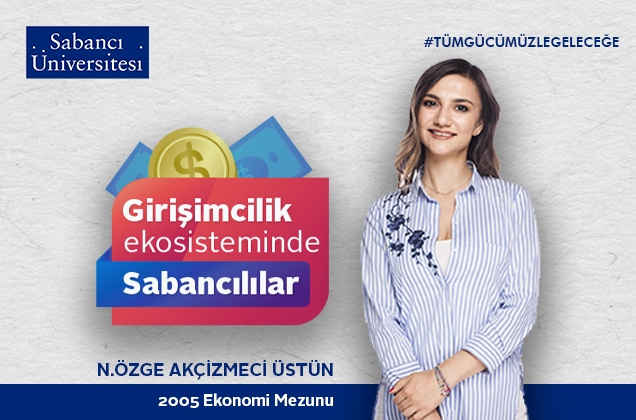 We talked with Akçizmeci Üstün about the venture story of Wizsight and the successful career steps that led to the international acquisition.

Can we get to know you first?  How did your career line progress after graduating from Sabancı University’s Economics program in 2005?

After going to the Netherlands in the last year of Sabancı University with the Erasmus program, I completed my master's degree at K.U.Leuven University, Belgium on Social Policy and Analysis. After a 1-year banking adventure in Amsterdam, I started market research at BASES, a consulting branch of Nielsen in Belgium. The fact that my first client was P&G for many years and that there were 19 people of different races in our office gave momentum to my career. After that, I worked in Poland for a while and returned to Turkey in 2010 to set up BASES' office. Starting from 2014, I worked as a director for 3 years at IPSOS, a French research company, both in Turkey and in Switzerland. Then in 2017, I became a partner at Poltio and co-founded Wizsight. Now I am working as the Managing Director of YouGov Turkey. 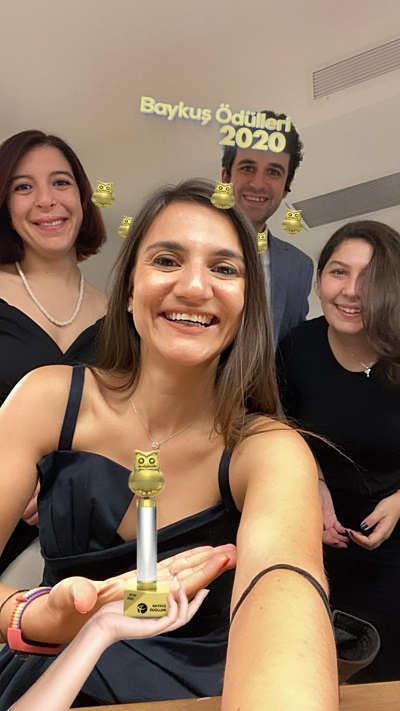 My grandmother, after whom I was named, was a very successful entrepreneur who started two different businesses in the 60s. So the idea of entrepreneurship has always been in my mind. Having known a lot of women who worked corporate jobs and had difficulties both in their personal life and in motherhood, I decided that entrepreneurship was the right path for me. Frankly, at first, I was very ambivalent about what to do. To clear my mind, I told the company where I was working then that I was leaving and went on a 3-month paid leave in the summer of 2016. During these months, I did research on a wide scale, from life coaching training in New York, to leadership programs at Harvard, even taking over a beauty center. And then I realized that I actually loved my job, but I wanted to do it differently. I focused on the question of how to bring innovation to my own industry. I have read a lot of helpful books, but the most helpful ones for me were Seth Godin and the ‘Blue Ocean’ approach suggested by W. Chan Kim and Renée Mauborgne. At the foundation stage, I actually moved forward step by step and very calmly, which does not align with my personality. I designed each stage in advance, it took me 4 months to even come up with a name that I was pleased with. Being a member of the Sabancı family, especially trying to do what has not been done, synthesized many sectors for me and helped me a lot in terms of creating a business network. The founder of my second company, Poltio, which I run in parallel with Wizsight and has inspired me in many ways, is also a Sabancı graduate.

You are positioning yourselves as “next-generation research”. Could you tell us a little about the method and point of view that allow this?

My last job in professional life was working for P&G at IPSOS Geneva. In the process, I realized once again that the research has 3 bleeding wounds. Firstly, we are not fast enough as a sector. Secondly, because some questions are declarative, they are too open to exaggerated (and sometimes inaccurate) answers. Finally, we cannot track digital marketing activities efficiently and accurately enough.

When I founded Wizsight, we tried to find a solution to these 3 items and conducted research by creating tests that allowed people to tell us exactly what was in their mind with fun, test-type constructs. In addition, we have made the research language more intimate, which used to be cumbersome. One of the most important parts is that we have collaborated with advertising and media planning agencies and conducted research using social media targeting with models that have not yet been used in the world before, and measured digital activities. These methods have brought us 4 awards in the Owl Awards of the Turkish Researchers Association (TUAD), including the Special Jury Award in 2020.

How did you cross paths with YouGov? What led YouGov to invest in Wizsight?

Wizsight had been a focus of attention for acquisition from the beginning. Although the issues of partnership with another British firm had been raised before, I did not believe it was the right time and the right firm at the time. At YouGov, 3 of my friends from BASES, where I used to work in Belgium and Poland, are general managers of Spain, Italy, and the Asia Pacific regions. When our Group CEO said they wanted to enter Turkey, all 3 of them suggested me. I mean, it is actually a complete coincidence. When we met later, both our perspective on research and our personalities fit very well.

Could you share some information about YouGov's investment in (acquisition of) Wizsight? How did the process go? How will the next stage be constructed?

As I said, we had a flirting period of 14 months, as they were actually in the process of acquiring a company while looking for a general manager in Turkey. At that point, both parties decided that this would be a very good deal, and we signed the papers and got married as everything felt right :) After that, we continue as both an office and a team, but now we are backed by a giant company with offices in 40 countries, 3300 customers, and big goals in Turkey. I will also be the General Manager of YouGov Turkey. I think my role will probably expand further in the future.

What is your advice to our students and graduates who aim and plan to implement their own initiative at Sabancı University?

First of all, it is a little cliché, but courage is very important here. It is the same as going out of our comfort zone and imagining what has not been seen and what is not expected.  The most important thing that I will add to these two items is that an entrepreneur must definitely say ‘yes’ more than ‘no’. Finally, all entrepreneurs should do their best to support and raise each other. I believe that business life in the future will be much more collective. I hope we will move forward with the logic of 1+1= 4.