Sabancı University 2nd year student Ali Eren Ak was among the 6 students from Turkey eligible to participate in the 155-billion-dollar Apple developer ecosystem this year. 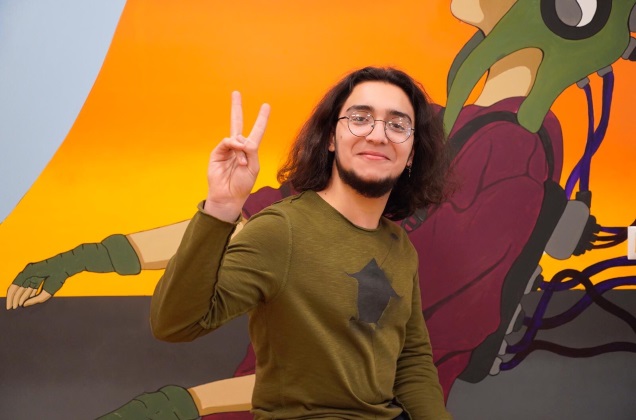 The Apple Worldwide Developer Conference brings together millions of creative and innovative developers from around the world to provide insight into the future of Apple platforms to its users. Prior to the beginning of the WWDC on June 22, the results of the Swift Student Challenge held by Apple for student developers to design their own Swift game spaces were announced.

Sabancı University 2nd year student Ali Eren Ak and his project "iSemanticSpace" were among the 6 winners of the Swift Student Challenge from Turkey, and were eligible to participate in the WWDC this year. The interview with Ali Eren Ak is below.

Hello and congratulations. Can you tell us about yourself? What do you do at Sabancı University? What are your areas of interest?

A.E.K.: My name is Ali Eren and I was admitted to Sabancı University in 2018. I'm now in my second year. I'm planning a double major in Computer Engineering and Economics. I developed an interest in coding and computer science during the prep year. I took online courses to improve myself. I was also working on blockchain during that year. My friends from Sabancı and I took part in Turkey's first blockchain hackathon as a team, and were among the finalists who presented their projects to the jury.

“We are trying to foster a culture of creating together”

I would also like to talk about the IEEE Engineering Club, where I was co-president of the Computer Society last year. I am an active member of IEEE, where we hold extracurricular activities, workshops and meetings to improve ourselves in the engineering areas of our interest. The friends I met at IEEE and the events we held greatly expanded my vision in my field. As club members, we take many courses together to help each other out in areas that may be difficult, and we are trying to foster a culture of creating together. These activities, in addition to the courses I took at Sabancı, were greatly effective in my personal development.

How did you hear about Swift Student Challenge? What made you apply?

A.E.K.: I started learning the Swift programming language to realize a few projects I had in mind. I looked into alternatives and decided that learning Swift was the most reasonable thing to do if I were to bring those projects to fruition. During the semester break of the 1st year, I took my first steps in Swift with a 72-hour Udemy course. This was my first encounter with iOS Development, and I liked the coding language in terms of both documentation and API. With the wide Framework network that Apple offers developers, there was no limit to what we could do using Swift. The break was over but I stuck with Swift, and I heard about the challenge in an email sent by Apple. I went over it and I decided that I could work on it in all of my free time even though it was finals week. The challenge was slightly higher on my list of priorities due to my interest in the Apple universe and Swift, and that is why I made time for it amidst the finals.

Can you talk about your submitted project?

A.E.K.: My experience in a project I joined for the PROJ 201 course in the first semester of my Freshman  year helped me to discover my interest in Natural Language Processing (NLP). My submission was about "Semantic Spaces", which is an area of NLP, where computers can recognize the meanings of words. I coded an educative, gamified interactive content where people could create their own word spaces. The project's aim was to visualize and explain the Semantic Space subject through gamification. The project was called "iSemanticSpace".

What does it mean to be eligible for Swift Student Challenge? What are the facilities and perks offered by Apple?

A.E.K.: Swift Student Challenge is a competition among students worldwide that has them compete against each other while learning about the ecosystem. I enjoy being a part of this ecosystem and I will be able to gain a closer look at the WWDC 2020 (Wordwide Developer Conference), which I am now eligible to join. Other winners and I wil have the chance to have 1:1 talks with over 1000 Apple engineers. It is a great chance to meet Apple Engineers and know more about Apple departments where I want to work in the future. The event would be normally held at Apple Park San Jose, but will be online this year due to Covid-19. Finally, I am eligible for a scholarship for Apple's 1-year Developer Program, where I can request technical support for my project ideas and publish my applications on App Store.

You won Swift Student Challenge and participated in the four-day Apple Worldwide Developers Conference. What are your impressions of these four days?

A.E.K.: The conference began on June 22 with a presentation by Tim Cook. This was a public session where he spoke about updates to Apple products and new developments. It was a breathtaking presentation and it was particularly important for the ecosystem because Apple introduced its own ARM-based processor for Macs. The second session was “Platform State of Union”. Here, Apple introduced the new APIs for its own developers. One thing that was introduced in this section was App Clips, which works with NFC technology and camera code, that got me excited. Other than that, developments in SwiftUI and improvements to the LiDAR scanner were introduced to us for use in our own applications in the coming months. These extensions were quite exciting for the Swift community as well.

The remaining days featured a number of presentations by Apple engineers on their own departments, and personal labs. I had submitted a reservation to the Location Technologies Lab for the first day to ask questions I had in mind, and received a confirmation in a few hours. This was something Apple offered Swift Student Challenge winners to have them meet with Apple engineers in labs of their choice. I made requests for 3 labs in total, and asked questions about the projects I am thinking on. I was impressed by how the question was viewed from different angles and the root cause was analyzed instead of simply focusing on a solution. For example, I could approach a problem I had with Apple's map APIs from the confidentiality perspective, which gave me a different view of the subject, and these aspects were the most satisfying. I had made a reservation for the Machine Learning Lab on the 4th day because it is an area that I am particularly interested in, and I was able to ask questions about my problem as well as the Lab in general. This was the most valuable part of the conference for me. Although having it online due to COVID-19 was a different experience for everyone, there were no technical issues. Nevertheless, I do intend to submit a project to WWDC21 and hopefully go to Apple Park this time. 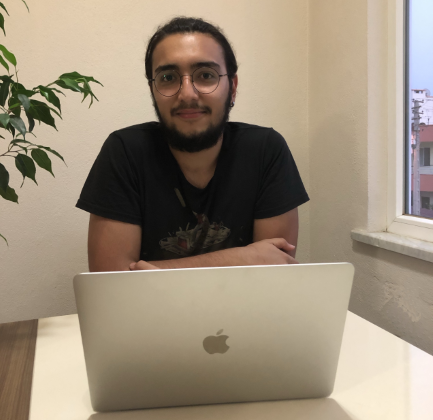 In addition to Labs, presentations were published online at developer.apple.com and each was delivered by an Apple engineer in their respective fields. I had the chance to see and experience the new extensions developed by Apple in the CreateML and Vision Frameworks (Action Classifier and Body Part Detection). I must say that the new extensions in these Frameworks are quite exciting. New features have been added to Apple's cross-platform interface API SwiftUI that it launched last year. I am particularly fond of the new extensions because of the practicality and the ability to view changes live on the screen while coding. Finally, because the event was online this year, all presentations other than personal Labs were free of charge and open to all developers. Anyone who wishes to know the Swift community and develop something in this ecosystem can join. The videos are available to everyone at https://developer.apple.com to tell more about this wonderful ecosystem.

A.E.K.: Although I haven't yet chosen a program at Sabancı University, I am thinking about double majoring in computer science and economics. I want to develop myself in a multidisciplinary way and pursue graduate education abroad at a good university. Right now my main areas of interest are Deep Learning and NLP, and I will be working on NLP for Sabancı University Undergraduate Projects (PURE) next summer. I want to keep working in this area after PURE and take any opportunities I may find. I plan to apply to research internships offered by companies like Apple, or an internship in a European Lab with an Erasmus+ program. The PROJ 201 course I took in my first semester, and my professors played a great part in shaping this career objective.