Discovery of Magnetar in Nearby Galaxy

The scientific paper prepared by researchers including Ersin Göğüş, a Faculty Member at the Faculty of Engineering and Natural Sciences of Sabancı University, on “Discovery of Magnetar in Nearby Galaxy” was published in the January 14 issue of Nature.

Gamma-ray satellites orbiting the earth recorded an event on 15 April 2020 that lasted very short, but emitted an enormous amount of energy. Teams studying the data agree that the flare was caused by a neutron star located in a nearby galaxy with a very strong magnetic field. This very short gamma-ray burst was observed with NASA's Fermi and Swift gamma-ray satellite telescopes. 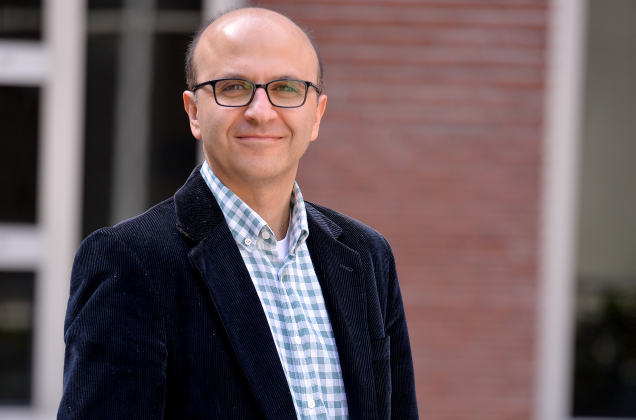 Detailed investigations conducted by an international consortium, including Ersin Göğüş, a Faculty Member at the Faculty of Engineering and Natural Sciences of Sabancı University, revealed sudden changes in the flare spectrum in short timescales, such as one thousandth of a second. It is suggested that the high-energy radiation emitted by the magnetar flare was caused by relativistic plasma in a very strong magnetic field. Full details of the study are covered in this article published in the January 14 issue of Nature.

Magnetars are structures with the most intense magnetic fields in the universe. These are actually neutron stars, but different from an ordinary neutron star. The magnetic field intensity of a magnetar is one trillion times of the magnetic field of the Sun. Magnetic fields of this intensity lead to the destruction of neutron star surfaces, which is a kind of stellar earthquake. These earthquakes, in turn, cause short-term X-ray and gamma-ray flares, which emit an enormous amount of energy. These are also referred to magnetar flares. With fairly rare giant magnetar flares, the total energy the Sun can emit over its life span of about 10 billion years is released in just seconds.

Ersin Göğüş said the following regarding the study: “Giant magnetar flares, which are very rare, are such high-energy events that if they happen in our own galaxy, that is, they come from thousands of light years away, they paralyze gamma-ray telescopes in the Earth’s orbit. This event, observed from a galaxy 11 million light-years away, opened a very important door. Because this is the first time we have observed the first phase of these events where the most energy is emitted with such high resolution. In this way, we were able to access comprehensive information about the radiation properties of plasma exposed to an extremely intense magnetic field.”