A team consisting of scientists from the United States of America and the Netherlands identified the most influential scientists of the world based on variables such as number of scientific papers, number of citations, number of authors, authorship position, and citation to own paper and using a composite indicator scientific impact index.

The study classifying 100,000 top scientists of the world into 22 scientific fields and 176 subfields was carried out under the coordination of Stanford University and published in the scientific journal named Plos Biology. The study included about 7 million researchers who have published at least five papers between 1996-2017 and listed 100,000 scientists.

Durmuş Ali Demir, a Faculty Member at the Faculty of Engineering and Natural Sciences of Sabancı University, has been included in The List of The Most Influential Scientists of The World, which included 196 scientists from Turkey. 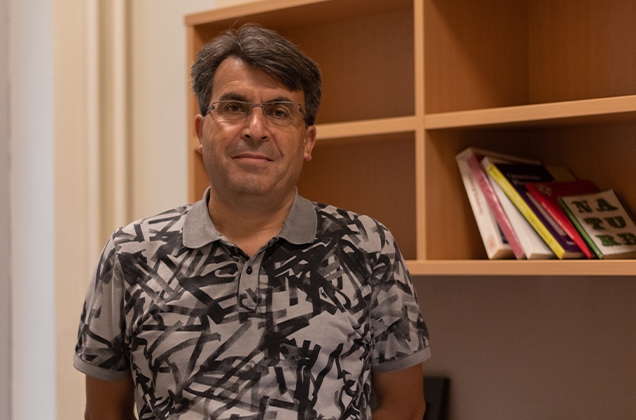 Conducting studies on quantum physics, the concept of time in the quantum world, and the fading of quantum leaps through gravitational attraction, Durmuş Ali Demir, a Faculty Member at the Faculty of Engineering and Natural Sciences, has been included in the list of 100,000 most influential scientists of the world under the category of Physics.

Durmuş Ali Demir graduated from the Department of Electrical and Electronics Engineering, METU in 1991.  Demir, who completed a minor program at the Physics Department, METU at the same time, completed his Master's studies in 1993 and Doctoral studies in 1994 at the Physics Department of METU. He later conducted post-doctoral studies in the University of Pennsylvania (Philadelphia, USA; 1996-1997), the International Centre for Theoretical Physics (Trieste, Italy; 1998-2000), and the Theoretical Physics Institute (Minnesota, USA; 2000-2003). Demir started working at Izmir Institute of Technology in 2003 and participated in the Eurasian Research Center Initiative of ICTP in addition to his administrative duties. He has been working as a faculty member at the Faculty of Engineering and Natural Sciences of Sabancı University since 2019.

Durmuş Ali Demir is a member of the World Academy of Sciences (TWAS) and the Science Academy-Istanbul.  He received the Friedrich Wilhelm Bessel Research Award from the Alexander von Humboldt Foundation. He also received TÜBİTAK Incentive Prize, TÜBA Incentive Prize, Parlar Foundation Incentive Prize, and Sedat Semavi Science Prize.  He is one of the editors of LHEP Journal.