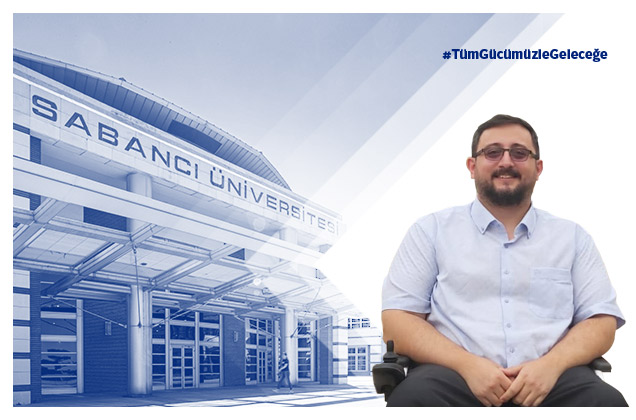 Working on development of techniques and tools for verification of concurrent programs through mathematical and logical methods, Mutluergil said the following about his project entitled "Linearizability Checking Via Symbolic Reasoning": One of the cloud computing services that are becoming more widespread is distributed databases and data storage services. These services usually keep their users’ data in the form of a key-value binary in data centers located around the world. Copies of data are kept in different locations for quick access and prevention of loss of data in case of any problem.

With the project entitled "Linearizability Checking Via Symbolic Reasoning", which will be supported with Amazon Research Award, we will develop methods and tools based on symbolic reasoning to verify that distributed key-value stores like Amazon S3 fulfill the requirement of linearizability consistency. Linearizability is a consistency model that has been widely accepted and offered to users by many distributed key value stores. Very recently, Amazon S3 has started to support this consistency model. Therefore, methods and tools to be developed within the framework of this project will enable us to check that S3 verifies linearizability requirement accurately, and as there is a control mechanism based on formal definition of linearizability, to see if users have the right expectations from this mechanism of consistency in complex situations.

A beautiful example of industry-university collaboration

Highlighting that his project which was rewarded was a beautiful example of industry-university collaboration, Mutluergil added that undergraduate and graduate students from our University would work for this project. Mutluergil continued: We will both contribute to universal know-how by working on a theoretical issue with academic value and develop a tool that can be used in large-scale systems in real life. Students will have a chance to get to know and contribute to efforts deployed in a big company like Amazon, and interact with company staff members. In addition, they will be able to develop their theoretical knowledge of basics of computer science. The impact created by this project will make it possible to develop cooperation with Amazon in the years to come, and carry out more comprehensive projects based on industry-university collaboration. Therefore, more students will have a chance to interact with Amazon and be involved in joint projects going forward. Our University will have a growing interaction with Amazon and other leading companies and develop joint projects about verification of programs concurrent with mechanical reasoning methods that are becoming more and more important.

Endowed since 2015 to support academics and researchers who are successful in their fields, Amazon Research Awards focus on projects in Amazon's core fields of interest including robotics, machine learning, security and automated reasoning, which are among prominent fields of research in computer science. More than 400 researchers from 150 universities in 28 countries have been rewarded so far. In addition to funding support to rewarded projects and extension of loans for use in AWS cloud computing systems, researchers working for such projects will interact with consultant researchers at Amazon and be able to join Amazon events and training programs.

Who is Süha Orhun Mutluergil?