Sabancı University provided 224 computers to 23 schools in Ayvalık for science and technology education programs to be held as part of the Creative Technologies Atelier. 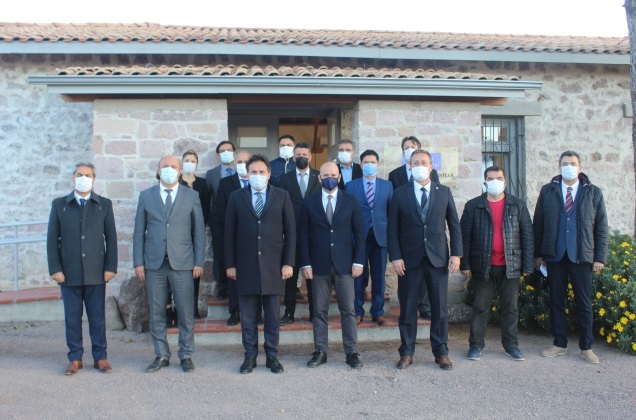 With the supplementary protocol signed with Ayvalık District Governorship, Ayvalık Municipality, and Ayvalık District Directorate of National Education on 20 November 2020, Sabancı University Creative Technologies Atelier added new programs to its series of programs with the purpose of raising individuals who are aware of the world's problems, have the desire and ability to find solutions to the problems, and who are capable of achieving sustainable development. 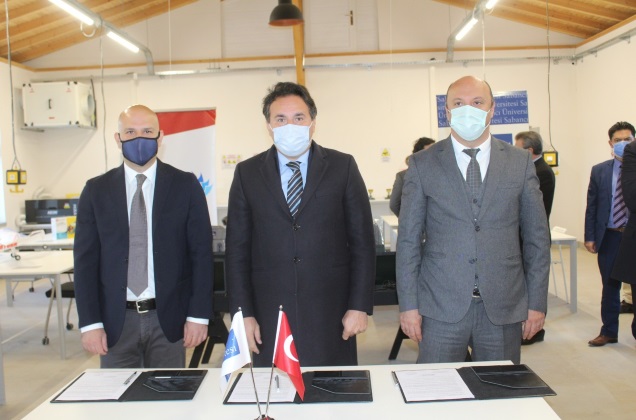 Gökhan Görgülüarslan, Ayvalık District Governor, Özge Toygar, Ayvalık Deputy Mayor, Güner Bahadır, Ayvalık District Director of National Education, and Cenk Bayırlı, Sabancı University Business Development Director attended the protocol signing ceremony together with the principals of 23 schools that will benefit from the education programs. In his speech at the protocol signing ceremony, Gökhan Görgülüarslan, Ayvalık District Governor, said: "We want our children to get familiar with science and technology and be equipped with skills required by our time. This is the purpose of the Turkish Educational System. To this end, Sabancı University has been giving us very significant support since last year. They bring our teachers and students together through technology."

In Sabancı University Creative Technologies Atelier, which organizes science and technology-oriented education programs by observing the right of children to education and equality in order to benefit society, middle and high school students will learn the most basic information about the technologies of the future.

Students will learn from faculty members of Sabancı University in the year-long programs that will start on November 23rd. Middle and high school students will be given classes of Global Warming and Climate Change, one of the biggest problems of the 21st century, will receive training in Gene Editing and the CRISPR technology, Algorithms, and Social media by Sabancı University Foundations Development Directorate as well as a long-term English class by the School of Languages of Sabancı University. In addition to the programming language Python, 3-D printers, and 3-D modeling courses to be provided by Collaboration Space, the fabriation laboratory of Sabancı University, students will also participate in training on Social Sensitivity Projects. Students will also participate in Cybersecurity, Design-oriented Thinking, Artificial Intelligence, etc. courses planned in collaboration with the Heroes of Science Association and IBM and will be guided by voluntary scholarship students of Defne Muhtar Kent Education Foundation throughout the programs.