The Center of Excellence in Finance (CEF), established within Sabancı University under the founding sponsorship of Akbank, hosted Aswath Damodaran, Chair Professor of Finance at New York University. 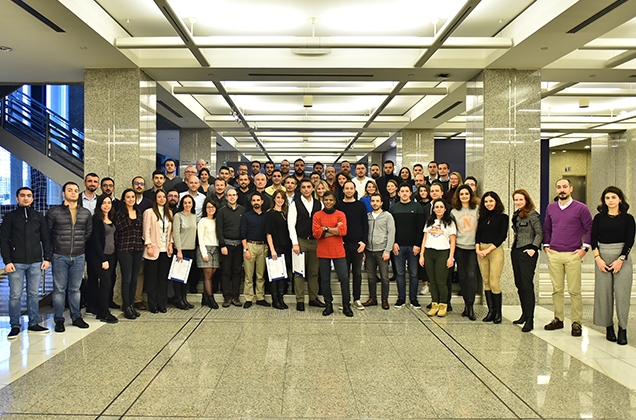 Established within Sabancı University under the founding sponsorship of Akbank to serve as a bridge between academia, finance and the real sector, the Center of Excellence in Finance (CEF) organized a certificate program titled “Valuation”. Aswath Damodaran, Chair Professor of Finance at New York University, instructed the “Valuation: Art, Science or Magic?" training on 4-5 December, 2019. Participants received a “Certificate of Attendance” from Sabancı University at the end of the program.

Co-organized by Sabancı University CEF and Akbank, the certificate program aimed at presenting the fundamentals of different valuation approaches with detailed applications in addition to the limitations of each approach. The participants were expected to acquire the following skills at the end of the certificate program:

- Valuing of any company in the market (small or large, privately-held or public) based on the discounted cash flow (DCF) model.

- Using valuation multiples and comparable firms to value a company.

- Analyzing and critiquing the use of multiples in valuation.

- Valuing “problematic” companies such as new companies or those in financial difficulty.

- Calculating the impact of corporate restructuring on company value.

On the second day, questions such as how to handle cash, cross-holdings and other assets, how to value concepts such as control, synergy and liquidity, and how to calculate the value of stocks and options distributed to employees and managers were analyzed. A discussion regarding how to value opaque companies was also conducted. The last part of the day was devoted to relative valuation.

Various multiples commonly used in valuation such as earnings multiples (Earnings/Profit, Value/EBIT, Value/EBITDA) to sales multiples (Price/Sales) were discussed and compared. The relationship between these multiples and discounted cash flow models was emphasized and the concept of “comparable” companies was examined.

Finally, the unique challenges of comparing multiples over time and between different markets were highlighted.