Abdurrahman Atçıl, associate professor of history at the Faculty of Arts and Social Sciences of Sabancı University,  was awarded the European Research Council (ERC) Consolidator Grant, the most prestigious research award presented by ERC. 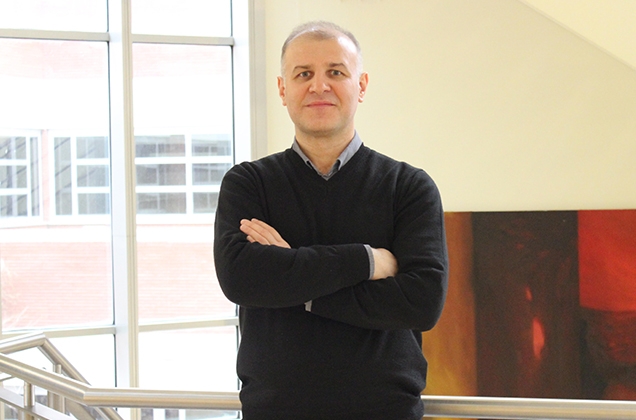 Dr. Atçıl, one of the two researchers from Turkey who receives the ERC Consolidator Grant support this year, is interested in law, politics, religion, bureaucracy and education in the early-modern Ottoman Empire.  The awarded project, “OTTOLEGAL- The Making of Ottoman Law: The Agency and Interaction of Diverse Groups in Lawmaking, 1450-1650,” aims to expose the hybridity of Ottoman law by revealing the agency and interaction of diverse groups in the lawmaking process by examining the religio-legal opinions (fetva) of scholars and decrees of sultans (kanun).

OTTOLEGAL aims to develop a model of lawmaking that will account for diversity and change across time and space in early-modern societies. The OTTOLEGAL team will prepare a database with a web portal, including metadata, description, transliteration, translation, and essays of scholarly analysis for the key sources of the project.  In addition, three monographs and one sourcebook will be written and published, and two international conferences will be organized and their papers published in two edited volumes.

The ERC Consolidator Grants support researchers who have received his/her PhD 7-12 years prior to the application date and who have already shown research independence and evidence of maturity in their field and provide up to two million euros for original and groundbreaking research projects  for a period of five years. Among the ERC awardees, there are several Nobel Prize winners.

Regarding ERC Consolidator Grant support, Dr. Atçıl said “Thanks to the resources provided by the Consolidator Grant, I, together with a team of doctoral and post-doctoral researchers, will delve into the examination of the formation of legal norms in the Ottoman Empire. I hope that the project works will enable us to develop a new perspective for Ottoman legal history, open new frontiers in the study of history and law and lead to significant results.”

Abdurrahman Atçıl received his PhD degree from the University of Chicago in 2010. He was a postdoctoral researcher at Harvard Law School. Before joining Sabancı University’s Faculty of Arts and Social Sciences in the Spring semester of 2020, Dr. Atçıl taught  at Queens College of the City University of New York and Istanbul Şehir University. He has many published works on diverse topics such as the relationship between philosophy and law in the Islamic legal tradition, the diverging attitudes of Islamic scholars in the Ottoman-Safavid confrontation, law during the Mamluk-Ottoman transition. His book, Scholars and Sultans in the Early Modern Ottoman Empire, was published by Cambridge University Press in 2017. Dr. Atçıl was awarded Turkish Academy of Sciences’ (TÜBA) award for outstanding young researchers (GEBİP) in 2015 and Science Academy’s award for young researchers (BAGEP) in 2018.