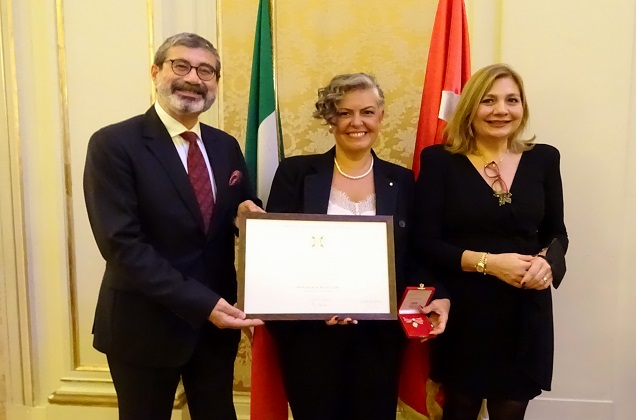 In a ceremony held at the Palazzo di Venezia, which is the Istanbul residence of the Ambassador of Italy in Turkey, Ayşe Betük Çelik was bestowed the award by Massimo Gaiani, Ambassador of Italy in Ankara. This award is the highest rank given during the Italian Ambassador Massimo Gaiani’s period. Member of Sabancı University’s Faculty of Arts and Social Sciences since 2002, Prof. Çelik carries out peace and gender equality work in many civil society organizations in addition to her academic studies in the conflict resolution field.

The "Order of the Star of Italy" award was conferred to Ayşe Betül Çelik for being an important point of reference for enhancing the participation of women in the peace process in the Mediterranean region through her academic studies in conflict resolution and gender equality, and the roles she has taken in the foundation of the Turkey antenna of the Mediterranean Women's Mediators Network, which was established under the leadership of the Italian Foreign Ministry, and her work for this antenna. 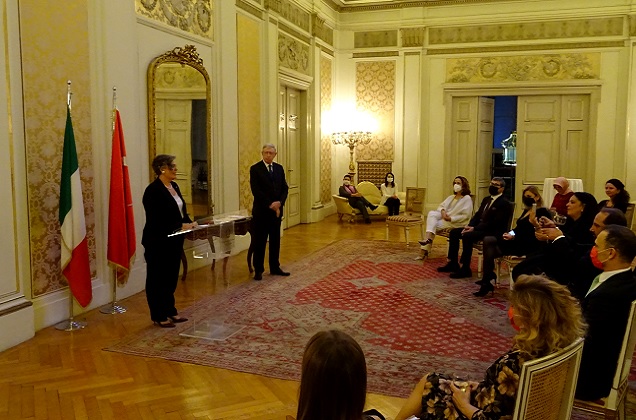 Pointing out that she was very glad to receive the award for her work, Ayşe Betül Çelik said the following: “I am so glad and honored that my academic and civil society work in the field of gender equality and peace was recognized with an international award in such a time when gender equality and civil society work have a decreasing importance all across the world. I hope that such appreciation by the President of Italy will enhance the collaboration between Turkey and Italy in academic and civil society fields. I would like to thank the Italian Embassy for nominating me and finding my work deserving of appreciation". 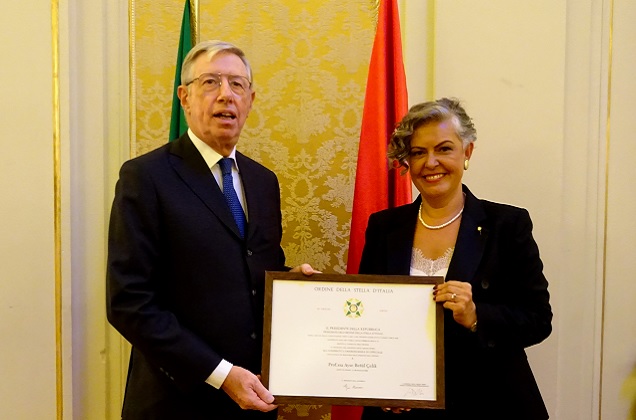 The award for “Order of the Star of Italy (Ordine della Stella d’Italia)” was officially launched in 2011 with the main aim for the preservation and promotion of national prestige abroad, promoting friendly relations and co-operation with other countries, and promotion of ties with Italy. The distinction qualifies as a second civilian honor of the State, and represents a particular honor on behalf of all those who have acquired special merit."