The winners of “Dicle Koğacıoğlu Article Awards” organized for the 12th time this year by Sabancı University Gender and Women’s Studies Center of Excellence (SU Gender) in the memory of Dicle Koğacıoğlu, an academic and activist who passed away in 2009, were announced at an online conference on December 25. Articles by Dilan Alataş, Şehide Zehra Keleş Yüksel and Gözde Cöbek won the award. 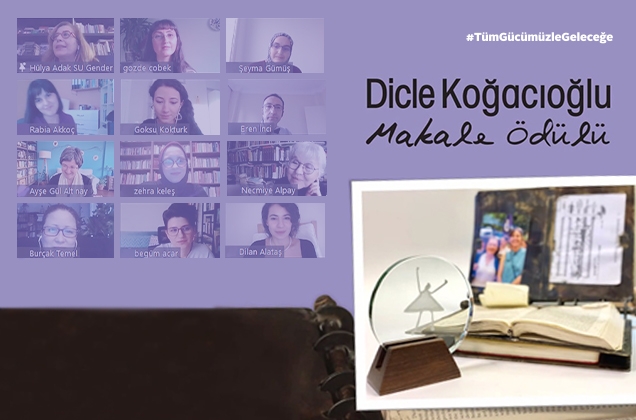 Working to raise awareness regarding gender in Turkey with programs such as the Purple Certificate, Curious Steps, Transformative Activism, Gender Equality, and Gender, Diversity and Inclusivity, SU Gender  has been giving the Dicle Koğacıoğlu Article Awards since 2010 with the support of Sabancı University Faculty of Arts and Social Science. Young researchers carrying out gender-focused research about Turkish society and culture can apply for the award program.

Speaking at the opening of the conference, Eren İnci, Vice-Dean of Sabancı University Faculty of Arts and Social Science, said the award program, delivered to support gender-focused studies in Turkey, was one of the most prestigious award programs in its field. He continued as follows: “The conference and the awards have continued with success for 12 years. I am glad to see the colleagues, friends, relatives and students of Dicle Koğacıoğlu who try to make her name survive despite so much time that has passed. I believe this is a very important and very meaningful thing. Dicle carried out important studies in the field of sociology of law, particularly about the role of gender equality in this field. I can see how the mechanisms that Dicle mentioned years ago shed light to our day, and notice how she wrote sentences above and beyond her time. I also feel upset because I have remembered once again that on the eve of 2022, in a new millennium, we are not yet at the desired level in terms of gender equality. I am sure the future will be better, and we will live beautiful days in peace and prosperity”. 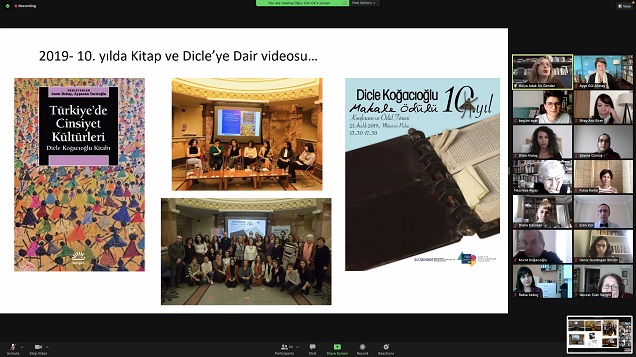 Speaking at the opening of the conference, Hülya Adak, Director of SU Gender, said the following: “Once again, Dicle, our dear colleague and friend who highlighted the evolution of sociology of law in Turkey and its intersection with gender brought us together today on occasion of the Dicle Koğacıoğlu Article Awards Conference and Award Ceremony organized for 12 years”.  She continued as follows:

“Thanks to this tradition that we have sustained since 2010, deans and members of our faculty, students and friends of Dicle, and all other students, researchers, artists and authors inspired by the work of Dicle have taken inspiration from these gatherings and moved to brand new fields of study over the years. Researchers coming together at these gatherings had a chance to get their articles published in the book entitled Gender Cultures in Turkey compiled by Ayşecan Terzioğlu and Cenk Özbay. As her friends, colleagues, students, family and researchers who knew and learned a lot from her, we prepared and published a video about Dicle in 2020. Over the years, the Dicle Koğacıoğlu Awards Ceremony became an example for other awards and ceremonies. In 2017, the Şirin Tekeli Awards Ceremony was added to our gatherings. This year, within the framework of the Purple Certificate Program, we have started to give awards to primary and high school teachers for their extraordinary and outstanding classroom practices on the axis of gender equality. All these works are inspired by the Dicle Koğacıoğlu Conferences.” 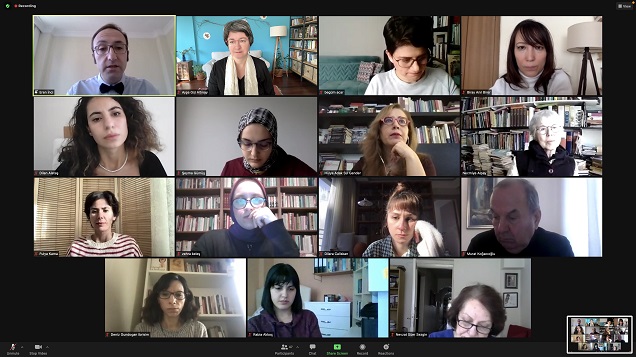 Nevzat Süer Sezgin, mother of Dicle Koğacıoğlu, thanked everyone who contributed to the conference and the ceremony, particularly Sabancı University and SU Gender. She said: “These efforts keep us connected to life. This award makes us bigger and extends our lives as family members of Dicle. We get to know new Dicles. The research they carry out, particularly in the field of gender equality, make me have a hopeful perspective for the future”.

Murat Koğacıoğlu, father of Dicle Koğacıoğlu, said the following: “Dicle’s friends, colleagues, students did the best thing that could have been done after a fried who passed away. These awards are very important to keep the memory of Dicle alive. We lost Dicle, so did the sociology of law”.

Necmiye Alpay, an author attending the opening chat of the conference, talked about her long-term friendship and a couple of memories with Dicle Koğacıoğlu.

Within the framework of the conference, Göksu Köktürk made a presentation entitled “A Look through Women Consumers on the Relation of Femvertising with Gender Equality in the Context of Post Feminism and Meta Feminism”.

You can reach the film that SU Gender prepared for Dicle Koğacıoğlu and the book prepared last year from the links below.

Dicle Koğacıoğlu was born in 1972 in Izmir. After graduating from the Boğaziçi University Sociology Department, she continued her doctoral studies at the State University of New York at Stony Brook in the fields of sociology and women’s studies. From 1997-1998, she worked as a research assistant for the international project entitled “Constitutional Law and The Modernization of Political Institutions in the Islamic Middle East.” In the same year she took part in the Human Right Watch project “Freedom of Expression in Turkey” as a consultant and translator. In 1999, she returned to Boğaziçi University and worked as an instructor in the Sociology department. She acted as a coordinator at the İzmit Doğukışla Rehabilitation Center for a project by Women for Women’s Human Rights that was organized for children who were traumatized after the 1999 Marmara earthquake. In the same period, she acted as an editorial assistant for the book Women and Sexuality in the Muslim World. She continued her graduate research from 2002-2004 at Columbia University and Brown University’s Pembroke Women’s Studies Center. After beginning to work as an instructor for the Sabanci University Arts and Social Sciences faculty, Dicle Koğacıoğlu made important contributions to the development of the undergraduate and graduate Cultural Studies programs and gender-based projects. At the same time, she led projects that were attentive to the deaths in the Tuzla shipyards, to the problems of the subcontractor system found in every domain of life, including the university, and to inequalities and injustices experienced in every area.

Dicle Koğacıoğlu’s doctoral thesis was a major contribution to the advancement of the sociology of law in Turkey and to the recognition of gender within that field. Entitled “Law in Context: Citizenship and Reproduction of Inequality in an Istanbul Courthouse,” it was the recipient of the Middle East Competition Award by the Lebanese Center for Policy Studies and the Middle East Awards (MEAwards) by the Population Council. Her articles that underscore the decisive role of law and the state in honor killings continue to be widely used in both international academic studies and within Turkey. When she left us in the year 2009, Dicle Koğacıoğlu was creating a space for research about access processes to justice, and at the same time she was investigating how the September 12, 1980 coup was perceived and understood by lawyers.