Cengiz Özkan, visiting professor at Sabancı University Faculty of Engineering and Natural Sciences (FENS), has been honored with the prestigious William B. Johnson International Founders Award at the awards ceremony organized by the Engineers Council, one of the most prestigious technology institutions in the US, in Los Angeles on February 26, 2022. 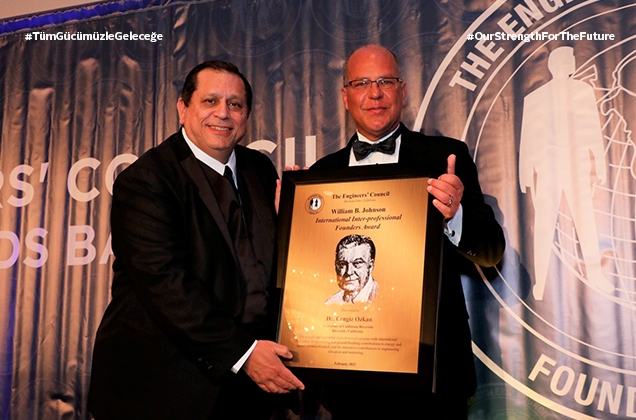 Cengiz Özkan has been found deserving of the William Johnson International Founders Award, also known as the “Founders Award”, for his lifetime accomplishments in engineering research. Cengiz Özkan has been recognized as a technology leader and received his award particularly for his groundbreaking work in the field of high-performance Li-Ion batteries and his innovations in beyond-CMOS nanomaterials.

Attended by over 500 individuals from across the US, the awards ceremony, held at the Universal Studios Sheraton, had astronaut Charles Moss Duke, Jr., pilot of the Lunar Module, as its guest of honor. 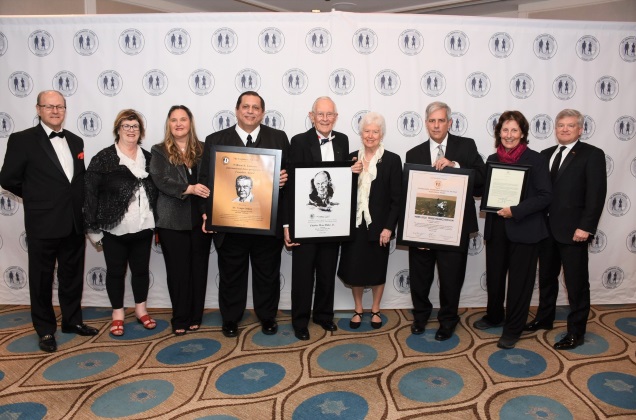 “To create successful technologies, it is essential to have a team of engineers and scientists from various fields and disciplines. In other words, interdisciplinary research is now the key in every field.”

“I am greatly honored to receive the award at this ceremony where individuals with outstanding achievements in engineering innovation, education and technology leadership are recognized. More than a centuy ago, Thomas Edison said the following about making inventions/discoveries: “There is a way to do it better. Find it”.

In his speech in 1959, Richard Feynman said, “There is plenty of room at the bottom” to speculate about nanometer-level surface areas, forces, effects and similar characteristics in a yet undiscovered zone… New generation nanomaterials and energy storage technologies have been derived from such new characteristics …

In today’s world, science and technology cannot be conceived within the boundaries of a certain discipline; a single discipline cannot lead to intellectual discoveries and technology R&D. To create successful technologies, it is essential to have a team of engineers and scientists from various fields and disciplines. In other words, interdisciplinary research is now the key in every field.

Science can only progress through international studies. Throughout my career, I have worked in collaboration and interaction with many colleagues and friends. I have had the honor of working with students, post-doctoral researchers and other scientists from many countries in Europe, Asia and America. I hope our efforts and achievements will continue to resonate in our society and provide many benefits for humanity.”

Sabancı University students and faculty are...