Castles of the Future Graduated

The Castles of the Future Leader Development Program, launched with the collaboration of Sabancı University, EDU and Kale Group, produced its second graduates, while Digital Transformation and Innovation Academy program produced its first graduates. 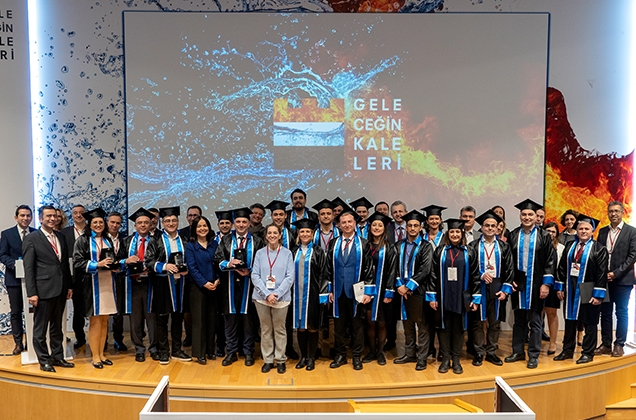 Dr. Cüneyt Evirgen, Director of EDU, underlined that the ability to leave a mark in today's world may be possible by adapting to digital technologies and playing a role in the development of these technologies while emphasizing change and digitalization. He stated that Kale Group sets a very valuable example in this context both for its sector and for Turkey. After the speeches, Kale Group employees, who completed the Digital Transformation and Innovation Academy and Castles of the Future Leader Development Program, were presented with the “Outstanding Success and Achievement Certificates” and gifts.