A project implemented by Leila Haghighi Poudeh, postdoctoral researcher at Sabancı University Integrated Manufacturing Research and Application Center (SU-IMC) is entitled to receive support within the framework of the TÜBİTAK 1001 program. 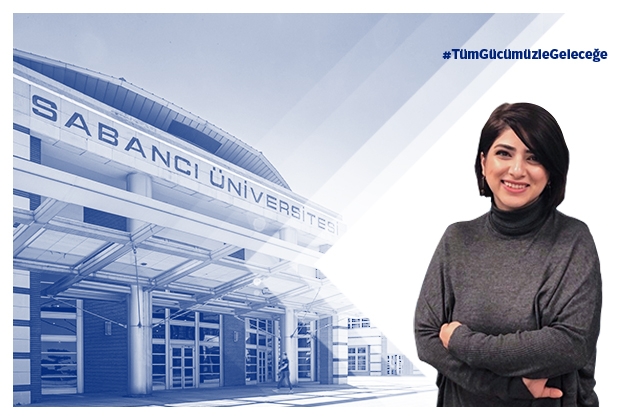 Leila Haghighi Poudeh’s project is entitled “Development of New Ionic Conductor Prepreg Interlayers and Their Application to Structural Energy Storage Systems by Using a Multiscale Engineering Approach”. Researchers and advisors from the Faculty of Engineering and Natural Sciences (FENS) and Composite Technologies Center of Excellence (CTCE) are also involved in the project.

Mehmet Yıldız, Vice President of Sabancı University, Fevzi Cebeci and Bekir Dizman, members of FENS, and Merve Senem Seven, post-doctoral researcher at FENS are involved in the project as researchers. Canan Atılgan and Yusuf Menceloğlu, members of FENS act as advisors to the project.

Talking about the importance of the project, Poudeh said the following: In recent years, development of energy storage devices has played an important role in development of emerging technologies such as aviation, portable electronic devices and electric vehicles. Although many research efforts were deployed for development of high-performance energy storage devices, integration of such systems resulted in a considerable increase in the weight of structural components. Such systems usually have a laminated structure composed of carbon fibers that are modified as electrodes, glass fabric as a separator and an electrolyte that is filled in between the two layers. The main challenge of this field which also inhibits the utilization and commercialization of multifunctional energy storage devices, is the trade-off relationship between mechanical performance and charge storing capability. This project aims to overcome this problem and improve the performance of such systems by following multiscale material design framework.

Mentioning the aim of the project, Poudeh said the following: Planned to last three years, our multidisciplinary project will contribute to the two PHD theses. The aim of the project is to develop alternative electrolyte chemistries by using computational and experimental approaches, and to manufacturing ionically conductive electrolyte/separator prepregs that can be implemented within any energy storage system. In the final stage of the project, it is planned to develop and evaluate a laboratory-scale prototype with a structural, electrochemical and multifunctional perspective to validate the concept of power composites.