The 2019 Closing Lecture, which will be done within the scope of Commencement Days, is going to be given by Ahmet Ümit on 21th of June, Friday. 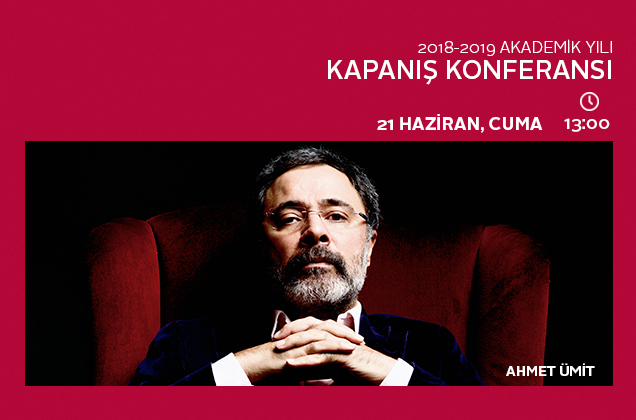 Ahmet Ümit was born in 1960 in Gaziantep. He graduated from Marmara University, Public Administration in 1983. He studied at the Institute of Social Sciences in Moscow between 1985-86. Ahmet Ümit is the most wel known crime and crime writer in the world.

He wrote his first story in 1982, this story is pubished in a magazine which is translated into 40 languages.

Two different series of films were written by Uğur Yücel from his stories, Running in the Dark, and Cevdet Mercan by Satan in Detail.

His story called 'Love Doggies' has been scripted and was put on stage by Akla Kara Theatre.

Developing awareness of the city, increasing the sensitivity to historical cities and developing multiculturalism he made a program called City You Live and  together with his two author friends he made a tv program called Words Before Mentions.