The project of Nihan ALP, a Faculty Member at the Faculty of Arts and Social Sciences (FASS) of Sabancı University, was found eligible to be supported within the scope of TÜBİTAK Career Development Program 3501. 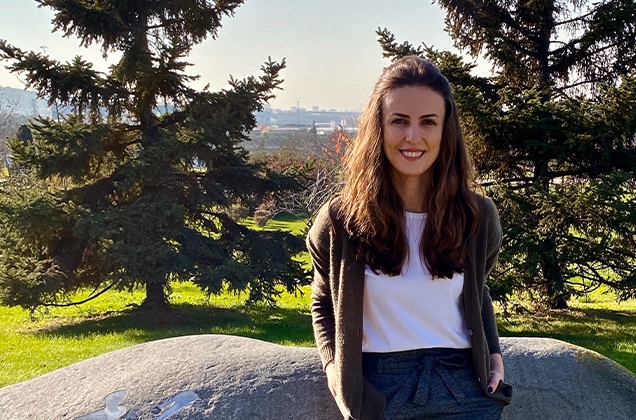 Nihan Alp’s project titled “Monitoring The Neural Representation of Local-Global Motion Perception in EEG Signals with Intermodulation Frequencies by Separating in An Objective Way” was found eligible to be supported within the scope of TÜBİTAK Career Development Program 3501 which aims to encourage postdoctoral researchers at the beginning of their careers by supporting their research projects. Thus, the program serves to support the works of young researchers who will assume the academic leadership of the 21st century, to ensure young scientists have the best possible career both as researchers and educators, and to improve the nation’s scientific level, and to enhance the role of science in the development of the country.

Information about the content of Nihan Alp's project is as follows: “The process of local-global perception, which is an ability that we often use in our daily lives, is one of the main questions in the neuroscience literature. For example, the ability to read is to be able to create and perceive a word (global) by combining many letters (local) in the correct order. It is believed that reading difficulties of patients with dorsal simultanagnosia and dyslexia are caused by a lack of functionality in local-global perception mechanisms. It is also known that in autism spectrum disorders, the visual processing process of local-global perception is not typical. The process of visual processing of local-global perception is also important in the perception of motion. The ability to see movement is crucial in that it supports basic visually-oriented behaviors such as finding direction and breaking camouflage. Local-global motion perception, which is a core perceptual event, occurs as a result of the combination of these two basic features of the visual system (local-global and motion perception), which allows us, for example, to understand the direction and speed of cars when crossing the road. The aim of this project is to monitor the neural representations (temporal monitoring of local and global motion perception in brain signals) of the local-global motion perception, which is one of the most fundamental cornerstones of the visual system, in an objective way (mathematically, computationally, clearly, and consistently, in a defined and measurable way) by separating them.”

We congratulate our Faculty Member.