The Monitoring Report on Gender Studies During The COVID-19 Pandemic

Written by Aslı Aygüneş and Oğuz Can Ok, assistants at Sabancı University Gender and Women's Studies Center of Excellence (SU Gender), the “Monitoring Report on Gender Studies During The COVID-19 Pandemic” was a result of the monitoring activities carried out by SU Gender between March-September 2020. 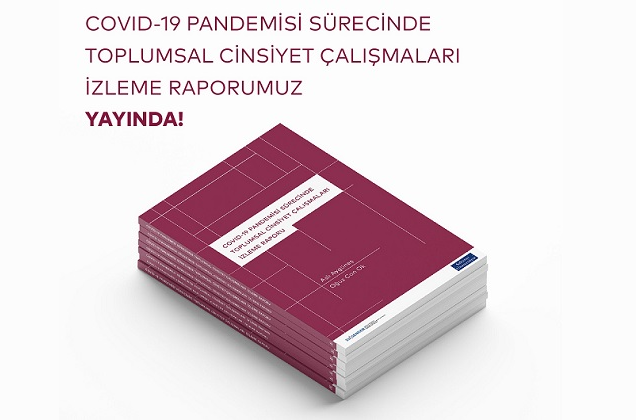 The report prepared by reviewing national and international sources emphasized the importance of increasing the visibility of the research on gender-based inequalities during the COVID-19 pandemic, global and local data collection and monitoring related to this subject, and performing advocacy activities in light of the data. According to studies presented in four sections in the report, violence against women increased during the pandemic period in Turkey, access to basic rights such as healthcare and education was disrupted, and participation in employment and economic inequalities remained negative.

Hülya Adak, the Director of SU Gender, who invited the entire public to be a part of the solution with the report, said, “We know and see from the reports and the examples we observed during COVID-19 that violence against women, gender-based violence, and harassment increased exponentially during the time when we were in quarantine. As SU Gender of Sabancı University, which is one of the first institutions to draw up a sexual harassment directive in Turkey in 2007 and to host a Sexual Harassment Committee, we wanted to draw attention to this situation at such a time. Additionally, we have started organizing interviews, webinar series, and festivals on ‘Sexual Harassment and Gender-based Violence, Pandemic, Memory and Gender, Digital Theater, Cinema and Art-based Gender Justice’ to be able to conceptualize the current situation together with all our stakeholders. With this report, we have tried to examine the experiences of the pandemic process, the solutions produced against the problems, and the areas that are already waiting for solutions/solidarity.”

“The Monitoring Report on Gender Studies During The COVID-19 Pandemic” consists of four main sections. The section titled Gender-based Inequalities in The Shadow of The Pandemic addresses different dimensions of the perspective of gender during the pandemic period, experiences of gender inequalities, and advocacy for gender equality. The other sections of the report -unlike the first part- focuses on the common issues identified by the studies reviewed during the preparation of the monitoring report in the light of data and reports specific to Turkey.

Additionally, more holistic inferences are made by supporting local data with data collected globally. The section titled Gender-Based Violence and Pandemic shares the results of data collection studies on violence against women and LGBTI+ individuals, making these inequalities visible.  The section titled Access to Rights and Pandemic addresses the gender-related problems that individuals face while trying to exercise their health-related and educational rights, the quick solutions produced to solve these problems, and the policy proposals put forward to permanently solve these problems. Finally, in the section titled Economic Freedoms and Pandemic, the economic consequences of gender-based inequalities are investigated in depth.

The noteworthy findings of the studies included in the monitoring report are as follows: