The Story of 20 Years with Erol Düzgören

Going in alphabetical order, this week's interviewee for "The Story of 20 Years" is Erol Düzgören. 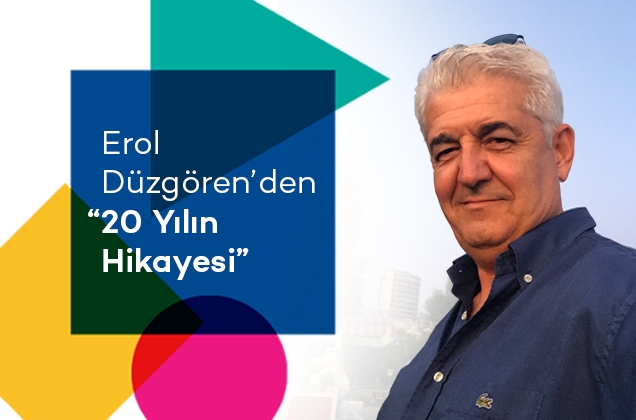 Erol Düzgören has been a member of Sabancı University since October 1, 1998. Erol Düzgören joined Sabancı University 22 years ago as the Project and Architectural Control Officer of the campus construction. He went on to work in University Services and Operations and Technical Services. He is currently the Architecture and Construction Services Manager in the Procurement and Operations Directorate.

Erol Düzgören’s answers to our four questions are below.

E.D.: I met Sabancı University in October 1998, when I was hired. I was a fresh architect who was aspiring to be part of a project group for a university. I was tremendously excited when I first looked through the Sabancı University project.

E.D.: I was a part of the physical and academic construction of the university 20 years ago. I was delighted to be involved in the idealistic efforts of the President, Secretary-General and technical staff. At first, Sabancı University was a project that I would leave when the construction was complete.

But when the university opened and academic life began, I was made an offer to join the university, which I accepted. The relationships I formed with everyone from President to Secretary-General, faculty and administrative personnel at every level, enriched me as a human in ways I find difficult to put into words.

E.D.: Sabancı University in 20 years evokes an image of a living organism rather than a conglomeration of buildings; an entity that has knowledge course through its vessels. My dream for Sabancı University is for it to be among the leading universities of the world, elevated by free thought and science.

E.D.: If our paths hadn't crossed, I would have two choices: I could have my own business, making projects. Or I could be an executive in a company working in my field.