The application deadline for the Sabancı University Sakıp Sabancı International Research Awards, of which the theme for the year 2022 was chosen as “The Future of Globalization: Return of the State?”, has been extended to January 28, 2022. 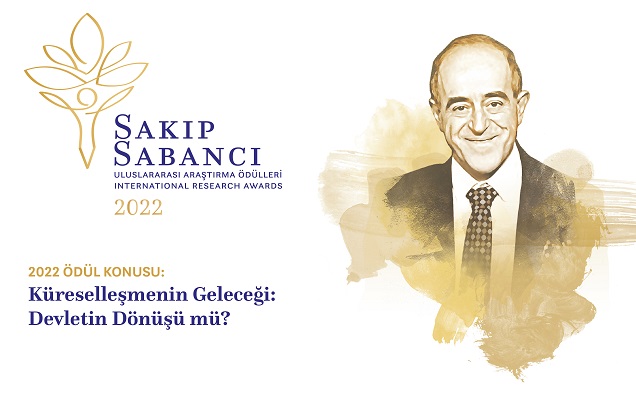 Research essays on the subject of “The Future of Globalization: Return of the State” can be submitted until January 28, 2022 in the framework of the annual Sakıp Sabancı International Research Awards, which are endowed in the will of Sakıp Sabancı, the Honorary Chairperson of Sabancı University, as the only international awards program in Turkey in the field of social sciences

The Sakıp Sabancı International Research Award entails a Jury Prize of 25,000 USD, which will be awarded to an individual who has made distinguished contributions in this theme. The essay category includes an award of 10,000 USD for a certain number of winning essays written by researchers under 45 years of age selected by the same jury panel from among submissions made for the competition.

This year’s theme is shaped around the following questions:

Globalization has transformed the relations between state, market, and society. At the turn of the century, protests and movements against the financial and trade institutions of globalization have led scholars to study its broken promises, its winners and losers and the growing discontent. Twenty years on, we are facing a backlash against globalization beyond its economic dimension.  Withdrawals from international and regional institutions, electoral successes of nationalist leaders and anti-immigrant sentiments are the new manifestations of this backlash against political and social globalization.

Yet, we do live in a world of states. The pandemic has once again revitalized this ongoing debate on whether globalization is in retreat and whether we are witnessing the comeback of the state. If so, what kind of a state? The complexities of the modern world have arguably made the structure and capabilities of the state ever more consequential for its society as well as the broader international society. The emergence of a truly multipolar world and the alternative models of state capitalism under authoritarian governments also call into question what kind of future awaits the globalization phenomenon.

Essays that address such topics and compare different context and historical periods are welcome.